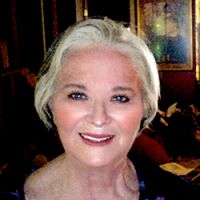 I live in Natchez, MS with 7 cats. My husband, Chris, passed away in Feb 2015 of lung cancer that had spread to his brain. We were just a few months shy of our 25th wedding anniversary. Such is life. And I recently had to send my beloved 17.5 year-old dog, Tippi, over the Rainbow Bridge. That was a real heart-breaker. I hope Chris and Tippi are together again, having more adventures.

I was born and raised in New Orleans, but, like so many others, my home in New Orleans was destroyed by Hurricane Katrina in August 2005. We had evacuated to Natchez, MS before the storm and when we saw our house had been flooded to the roof, we decided to stay in Natchez. I was working at Tulane University Health Sciences Center when the hurricane struck and I continued to work at Tulane In New Orleans for a little over 3 more years (drove to New Orleans on Monday, spent the week in NO, drove back to Natchez on Friday for the weekend). I was a medical research scientist for 35 years, most spent at Tulane. I spent a year and a half in London at St. Bartholomew’s Hospital setting up a lab for their Chest Dept in the late 70s.
Now I work at Alcorn State University in MS as a Global Programs Specialist. I get to use some of my digital graphics editing skills, which I love. But I'm no longer in science, which feels a bit strange after all this time. But I love to be able to work more with computers and graphics and soon I will be handling video conferencing for our department in hopes of expanding global awareness and experiential learning through video conferencing with universities and organizations around the world.

I have been a photography nut for years and I really got into digital photography. Through digital photography, I learned a bit about digital graphics editing. After tinkering with that for a few years (just for my own enjoyment, mostly), I got into fractals! I had first discovered fractals back in the mid 1990s. I even tried one of the free software programs, but it was an alien interface and I had no idea what I was doing, so I promptly forgot about fractaling…until September of 2008. Somehow, I got hooked on them again and downloaded all the free fractal generating software I could find. Well, needless to say, I learned a bit more on how to use the software and I have been fractaling my fool head off ever since.

I hope you enjoy these fractals as jigsaw puzzles. Have fun!