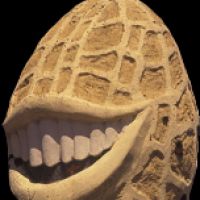 Dune is an upcoming 2020 epic science fiction film directed by Denis Villeneuve with a screenplay by Jon Spaihts, Eric Roth and Villeneuve. The film is an international co-production of the United States, United Kingdom, Canada and Hungary, and it is the first of a planned two-part adaptation of the 1965 novel of the same name by Frank Herbert, which will cover roughly the first half of the book.

Dune is scheduled to be released in the United States in IMAX and 3D on December 18, 2020, by Warner Bros. Pictures.
Contents

In the far future of humanity, Duke Leto Atreides accepts stewardship of the dangerous desert planet Arrakis, also known as Dune, the only source of the most valuable substance in the universe, "the spice", a drug which extends human life, provides superhuman levels of thought, and makes foldspace travel possible. Though Leto knows the opportunity is an intricate trap set by his enemies, he takes his Bene Gesserit concubine Lady Jessica, young son and heir Paul, and most trusted advisers to Arrakis. Leto takes control of the spice mining operation, which is made perilous by the presence of giant sandworms. A bitter betrayal leads Paul and Jessica to the Fremen, natives of Arrakis who live in the deep desert.
Cast

Shortly after publication in 1965, Dune was identified for potential film prospects, and the rights to adapt the novel to film have been held by several producers since 1971. Multiple attempts to make such a film have been made, and it is considered to be a difficult work to adapt to the screen due to its breadth of content.[2][3] Famously, filmmaker Alejandro Jodorowsky had acquired the rights in the 1970s to make an extravagant ten-hour adaptation of the book, but the project fell apart. The effort to make the film later was documented in the documentary film Jodorowsky's Dune released in 2013.[4] There have been two successfully released separate live-action adaptations prior to this film; 1984's Dune directed by David Lynch,[5][6] and a 2000 miniseries on the Sci Fi Channel, which was produced by Richard P. Rubinstein, who held the Dune film rights since 1996.[7]
Development
Denis Villeneuve has stated in interviews that making a new Dune adaptation had been a life-long ambition of his. He was hired to direct in February 2017.

In 2008, Paramount Pictures announced that they had a new feature film adaptation of Frank Herbert's Dune in development with Peter Berg set to direct.[8] Berg left the project in October 2009,[9] with director Pierre Morel brought on to direct in January 2010,[10] before Paramount dropped the project in March 2011 as they could not come to key agreements with their rights expiring back to Rubinstein.[11]

On November 21, 2016, it was announced that Legendary Pictures had acquired the film and TV rights for Dune.[12][13] In December 2016, Variety reported that director Denis Villeneuve was in talks with the studio to direct the film.[14] In September 2016, Villeneuve expressed his interest in the project, saying that "a longstanding dream of mine is to adapt Dune, but it's a long process to get the rights, and I don't think I will succeed."[15] Villenenuve said that he felt he was not ready to direct a Dune movie until he had completed projects like Arrival and Blade Runner 2049, and that with his background in science fiction films, "Dune is my world."[16] By February 2017, Brian Herbert, son of Frank and author of later books in the Dune series, confirmed that Villeneuve would be directing the project.[17]

John Nelson was hired as the visual effects supervisor for the film in July 2018, but has since left the project.[18] It was announced in December 2018 that cinematographer Roger Deakins, who was anticipated to reunite with Villeneuve on the film, was not working on Dune and that Greig Fraser was coming onto the project as director of photography.[19] In January 2019, Joe Walker was confirmed to be serving as the film's editor.[20] Other crew include: Brad Riker as supervising art director; Patrice Vermette as production designer; Paul Lambert as visual effects supervisors; Gerd Nefzer as special effects supervisor; and Thomas Struthers as stunt coordinator.[21] Dune will be produced by Villeneuve, Mary Parent, and Cale Boyter, with Tanya Lapointe, Brian Herbert, Byron Merritt, Kim Herbert, Thomas Tull, Jon Spaihts, Richard P. Rubinstein, John Harrison and Herbert W. Gain serving as executive producers and Kevin J. Anderson as creative consultant.[22][23] Game of Thrones language creator David Peterson was confirmed to be developing languages for the film in April 2019.[24]
Writing

In March 2018, Villeneuve stated that his goal was to adapt the novel into a two-part film series.[25] Villeneuve ultimately secured a two-movie deal with Warner Bros. Pictures, in the same style as the two-part adaptation of Stephen King's It in 2017 and 2019. He stated that "I would not agree to make this adaptation of the book with one single movie" as Dune was "too complex" with "power in details" that a single film would fail to capture.[1] Eric Roth was hired to co-write the screenplay in April,[26] and Jon Spaihts was later confirmed to be co-writing the script alongside Roth and Villeneuve.[27] Villeneuve said in May 2018 that the first draft of the script had been finished.[28][29] Brian Herbert confirmed by July 2018 that the latest draft of the screenplay covered "approximately half of the novel Dune."[30] Legendary CEO Joshua Grode confirmed in April 2019 that they plan to make a sequel, adding that "there's a logical place to stop the [first] movie before the book is over."[31] In November 2019, Spaihts stepped down as showrunner on the Dune: The Sisterhood TV prequel series to focus on the second film.[32]

Villeneuve said of his vision for Dune that "Most of the main ideas of Star Wars are coming from Dune so it's going to be a challenge to [tackle] this. The ambition is to do the Star Wars movie I never saw. In a way, it's Star Wars for adults."[33] While Villeneuve had seen Lynch's adaptation of Dune and he respected both Lynch and the film, he does not expect to build upon any elements from that, saying that "I'm going back to the book, and going to the images that came out when I read it" when he was a teenager.[34] Further, Villeneuve does not plan to incorporate concepts that Jodorowsky had laid out for his attempt for a Dune film in the mid-1970s, as Villeneuve stated that "Jodorowsky is a very unique visionary. He has a very strong, unique vision. I am a total different human being. It would be very presumptuous and arrogant for me to try".[35]

In adapting the book written in the 1960s for the 21st century, Villeneuve wanted to reflect on realities that have happened related to overexploitation of the Earth, and considered his screenplay "a coming-of-age story, but also a call for action for the youth".[1] Other changes included altering some of the arcs of the female characters in the book. According to Rebecca Ferguson, who was cast as Lady Jessica, "Denis was very respectful of Frank’s work in the book, [but] the quality of the arcs for much of the women have been brought up to a new level. There were some shifts he did, and they are beautifully portrayed now."[1] Lady Jessica was given a more expanded role as a soldier as well as being part of the Bene Gesserit, which the studio labeled as a "warrior priestess", comparing to the joking label of "space nun" that Villeneuve felt the book gave across.[1] Dr. Liet Kynes, the ecologist on Arrakis who is male in the novel, was also given to a female lead Sharon Duncan-Brewster to help expand the cast diversity.[1] Vileneuve also wanted to move the Baron Vladimir Harkonnen from being a caricature as he was presented in the novel to a more complex antagonist.[1]
Casting
Timothée Chalamet (left), Rebecca Ferguson, and Oscar Isaac respectively play the roles of Paul Atreides, Lady Jessica, and Leto Atreides

In July 2018, it was reported that Timothée Chalamet had entered final negotiations to play the lead in the film, Paul Atreides.[36] In September 2018, Rebecca Ferguson entered negotiations to join the film to play Atreides' mother, Lady Jessica.[27] She confirmed her casting in January 2019.[37]

In July 2019, TheMix.net reported that the film would "gender swap" the character Liet-Kynes by casting Sharon Duncan-Brewster in the role.[48] Duncan-Brewster's casting was confirmed in April 2020.[1]
Filming

Hans Zimmer affirmed he would be scoring Dune near the start of the film's production in March 2019.[23] Zimmer had previously worked with Villeneuve on Blade Runner 2049. At the time, Zimmer had been approached by Christopher Nolan for composing on his upcoming film Tenet, but Zimmer opted for Dune as he stated he has a personal love for the book.[54]
Release

On February 26, 2019, Funcom announced that it was entering into an exclusive partnership with Legendary Entertainment to develop games related to the upcoming Dune films.[57]

Other Dune franchise works, unrelated to the film, are planned to be released near the same time as the film. The original Dune board game, produced by Avalon Hill in 1979, will be republished after being out of print for many years by Gale Force Nine to tie in with the film, along with the development of new board games based on the Dune franchise.[58] A three-part graphical novel adaption of the books is being written by Brian Herbert and Kevin J. Anderson with illustrations by Raúl Allén and Patricia Martín, with plans to be published by Abrams Books starting in October 2020 to tie into the film's release.[59] In May 2020, Boom! Studios was announced to have acquired the comic and graphic novel rights to the 1999 prequel novel Dune: House Atreides, with the intent of doing a 12-issue comic adaptation written by the original authors Brian Herbert and Kevin J. Anderson.[60]
Prequel spin-off series

In June 2019, it was announced that Legendary Television will be producing a spin-off television series, Dune: The Sisterhood, for WarnerMedia's upcoming streaming service, HBO Max. The series will focus on the Bene Gesserit and serve as a prequel to the film. Villeneuve will direct the series' pilot, with Spaihts writing the screenplay and Dana Calvo as showrunner for the series.[61][62] Villeneuve and Spaihts will also serve as executive producers alongside Brian Herbert, Byron Merrill, and Kim Herbert.[63] However, in November 2019, Spaihts left the series as writer to focus on the second film, though will remain on as an executive producer.[32] The series is eyeing to begin filming on November 2, 2020, in Budapest and Jordan.[64]
Planned sequel

Although it has not yet been officially green-lit by Legendary, Villeneuve has stated that the 2020 film will roughly cover the first half of the novel, with a follow up covering the remaining half.[65] He explained, "I would not agree to make this adaptation of the book with one single movie,” says Villeneuve. “The world is too complex. It’s a world that takes its power in details."[65] In November 2019, Spaihts left his position as showrunner of the Dune: The Sisterhood prequel TV series to focus more on writing the second film.[32] In June 2020, Greig Fraser said, "It's a fully formed story in itself with places to go. It's a fully standalone epic film that people will get a lot out of when they see it".[66]
References

This user has not published any puzzles.