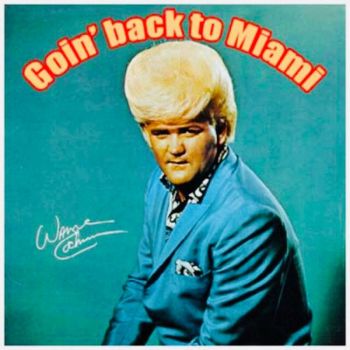 You could hide a sloth in that rig.
Created by Ms_Maddy Published 10 May 2021
Why this advertisement?

He had shares in 'Aqua-Net' hair spray.

I think that IS a sloth on his head. Bill is not a bad guy. He’s just a guy.

I shook her husband’s hand.

Reminds me of meeting Hilary Clinton in Straya. It was a blowy day and her hair did not move. I was impressed.

Quite a lot of hair spray going into that.

It is a role that JM played in one of his early films.

I have eclectic taste...

:::booting up Harlem Shuffle on YT::

Oh dear. Should I be concerned mpp? This gentleman is somewhat removed from JM.

Oooooh, Ms_Maddy - thanks! I have posted pictures and links to Wayne Cochran before - BIG fan. The hair had a life of its own (he was a former hairdresser), but he was considered the king of white soul and could even count James Brown among his fans. Became a minister, gave up show business, and sadly, died.