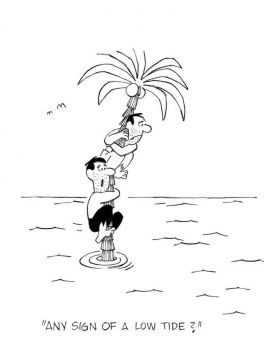 I am busy on Friday (tomorrow) so will be posting the answers this time on Saturday. I'll miss you.

Which of these biblical narratives is connected to Palm Sunday?
a) Jesus’ resurrection
b) Jesus’ entry into Jerusalem
c) Jesus feeding the thousands
d) Nothing, it just means to go to church on Sunday/the day of rest
e) Jesus’ crucifixion
f) Jesus’ birth
z) Hoff’s looking for his bible
Created by Stillmanic Published 14 January 2021

Got it!
I remembered the scene with all of the palm leaves in the movie ''Jesus Christ, Superstar''.

Palm Sunday is a Christian moveable feast that falls on the Sunday before Easter. The feast commemorates Jesus' triumphal entry into Jerusalem, an event mentioned in each of the four canonical Gospels. Palm Sunday marks the first day of Holy Week, the last week of the Christian solemn season of Lent that precedes the arrival of Eastertide.
In most liturgical churches, Palm Sunday is celebrated by the blessing and distribution of palm branches (or the branches of other native trees), representing the palm branches which the crowd scattered in front of Christ as he rode into Jerusalem. The difficulty of procuring palms in unfavourable climates led to their substitution with branches of native trees, including box, olive, willow, and yew. The Sunday was often named after these substitute trees, as in Yew Sunday, or by the general term Branch Sunday.
Many churches of mainstream Christian denominations, including the Orthodox, Catholic, Lutheran, Methodist, Anglican, Moravian and Reformed traditions, distribute palm branches to their congregations during their Palm Sunday liturgies. Christians take these palms, which are often blessed by clergy, to their homes where they hang them alongside Christian art (especially crosses and crucifixes) or keep them in their Bibles or devotionals. In the period preceding the next year's Lent, known as Shrovetide, churches often place a basket in their narthex to collect these palms, which are then ritually burned on Shrove Tuesday to make the ashes to be used on the following day, Ash Wednesday, which is the first day of Lent.

Great to hear that you are now an ex-smoker. Congratulations, Bonnie.

Easy solution. Act clumsy, and do not catch it.

Just scared to death Hippo. Being (recent) an ex-smoker, if I caught it I would not survive.

Since March?! Urk! What did you catch out there???

I have been isolating, apart from grocery shopping each Friday (very early) morning, since I arrived back from Vietnam last March!

You always have an position here at the compound Mischka.

Pat, hope you did not use your computer during that isolation. Computer viruses are tricky.

Good news Bonnie. My coronavirus adventure, mild as it was, is over. I woke up today knowing that it was gone, so I called a nurse at the Veterans hospital. She said I was actually OK a few days ago, meaning noninfectious, and able to resume life, go to stores, eat in restaurants, etc. I was going a little stir crazy in total isolation for over two weeks!

I can answer this.

@msbonne, it sound fun in your compound...

I may apply for the position of food-boxes-sorting as well as Head Nurse.

Know this one. Thanks, Bonnie.

Hoff, you'll find it under that pile of pizza boxes.

And the Lord sayeth "Pass the hearts of palm please".

What did the mayonnaise say when the refrigerator door was opened?