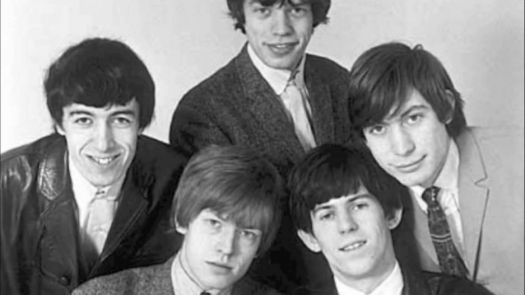 Saw them live for the first time in 72 at Winterland. Little Stevie Wonder opened.
In my opinion, Bobby Keys never got the recognition he deserved......................
I'm retired, and can't afford to see them live any more!

Good idea Neville!! We used to call him Riff Pilchard. My brother liked him and my cousin still does, but she doesn't like rock music. ;-)))

The Rolling Stones are an English rock band formed in London in 1962. The first settled line-up consisted of Brian Jones (guitar, harmonica), Ian Stewart (piano), Mick Jagger (lead vocals, harmonica), Keith Richards (guitar), Bill Wyman (bass) and Charlie Watts (drums). Jones left the band less than a month prior to his death in 1969, having already been replaced by Mick Taylor, who left in 1975. Since then Ronnie Wood has been on guitar in tandem with Richards. Following Wyman's departure in 1993, Darryl Jones has been the main bassist. Stewart was removed from the official line-up in 1963 but continued as occasional pianist until his death in 1985. The band was first led by Jones, but after teaming as the band's songwriters, Jagger and Richards assumed de facto leadership.
https://www.youtube.com/watch?v=MEWYOt3bxNI&src_vid=u6d8eKvegLI&feature=iv&annotation_id=annotation_2049801961