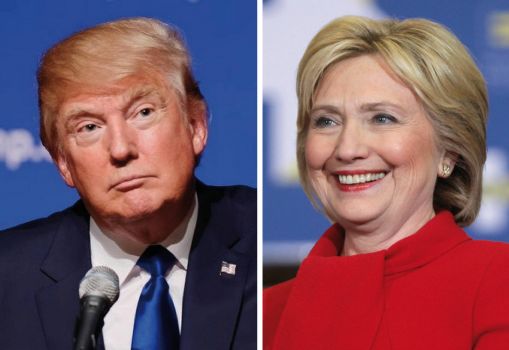 They think about these characters?
Created by FERMONS Published 24 May 2016
Why this advertisement?

I can see that there's no point in my asking about this any more. Okay.

Suemarie sorry , my intention was whether caused controversy images of these characters, but time is not lost , however , you expressed your opinions. Greetings from Mexico

Who's the retard on the left ? Hilary looking well fed.

So, as I asked below, did you take the puzzles off, or did Jigidi do it? If you're the one who did it, and always intended to do it after you got the reactions you were looking for, I wish you had made that clear, because I never would have invested so much time, effort, and emotion into my comments if I'd known you were planning to erase them. Or, as I said below, I could at least have saved them......

I put pictures of Trump and Clinton to see the reactions , but not cause much controversy pense with these characters that one of them like it or not will be the next US president .
I noticed that there are more comments against than in favor , I personally feel a great aversion to Trump because notorious racist and intolerant trend, it is unacceptable in a modern society and highly civilized and claim to be .

What happened to the single photo puzzles of Trump and Clinton, and all the comments? Did Jigidi remove them, or did you? Upsetting, because it took me a very long time to put together my points and facts, and I would have liked to have kept a copy of them. Guess next time I'll have to keep making copies as the chain of comments progresses.....

I am with you. And I am so sick of all the mud slinging from them all.

I flipped a coin. It landed on its edge.