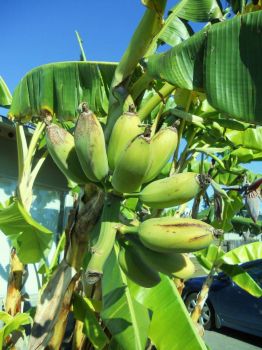 Created by mpilnadyful Published 15 September 2012
Why this advertisement?

My my my, in San Diego and in Texas. Well, ladies, you can keep your heat. Over here it's 10.50 a.m. and a comfortable 57 F outside. Been to the States a couple of times and I really needed a/c in FL and especially in Death Valley. I've never experienced temperatures like that before in my life. Never been to Texas, so for me that's all cowboys and cows. Yihaaaa. Dallas is the only city I know in Texas. And CA (been there) is San Francisco, Alcatraz, Los Angeles (is that CA too?). Geography and me was never a good marriage :-) Well, since yesterday I'm on the Jigidi page on Facebook, but nothing much seems to happen there :-(

That must be awful to not have a/c. That's our survival here. Good luck with the oppressive heat, in a way it's probably worse because of the humidity. Here it's dry, just killing hot.

Hi texasstar - I'm in San Diego not too far from the Bay and ocean. September is often our hottest month but rarely this hot. Being this close to the Pacific, hardly anyone has aircondtioning - it's just HOT. (mpilnadyful is just mindful and playful put together - sometimes I get them mixed up) Hope we all coooool off. You guys have it so much worse but we complain just as much - if not more.

Mpilnadyful (a real mouthful), I know about hot. What area are you in? We're just now getting out of the hundreds, and for the next week are predicted for the mid 80's. It's gonna be heaven!

'Hot Mama' is actually not rocking at the moment. Perhaps when the sun goes down! (;-o

Is your daughter's name Chiquita? :-) I like my bananas with a 'bite' too. Not some substance that you can swallow.

They can stand the heat - I was just being silly about them being already fried. It's the heat that's fried my mind I think. And No, I don't like mushy, dark bananas either. I like them just ripe enough to peel. These bananas at my daughter's home are not the same variety we usually get in our stores but they're good.

I thought bananas could stand the heat... But I don't like a mushy banana. yuck.

Bananas in my daughter's yard. They're great for dessert now - when you peel them, they're already fried. (only slight exaggeration)