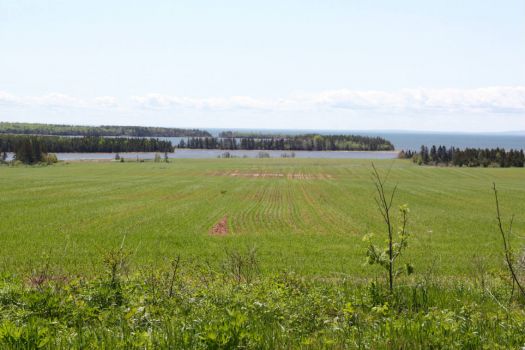 In June we travelled by rail from Vancouver (British Columbia) to Montreal (Quebec) where we spent five nights. We then took an overnight train to Moncton (New Brunswick). Next we drove to Prince Edward Island, Cape Breton (Nova Scotia), and flew home from Halifax.
Created by gemstone Published 27 September 2019
Why this advertisement?

Interesting, Faye. The house looks the same but there was no big barn or fencing around the first time I saw it. I think I'll enjoy remembering it like that. Thanks. ♥♥

It is really just the new construction...plus the "made in China" souvenirs that are upsetting, Ella...Green Gables is still a lovely place to visit but it isn't welcoming like it was in '89 when I visited. I hope this link works to show you "behind the concrete facade":

Since I was there, they had a fire and restored the damage, relocated a few of the rooms, and have really "dressed" the rooms up. It was initially much simpler.

You would just love PEI...go if you get the chance. I would definitely return! :DDD

You know that Lucy Maud Montgomery used that house as a basis for Green Gables, Ardy...but I think she had only ever been inside it once...so artistic licence coupled with initially creating the tourist attraction on limited funding probably created discrepancies. Also, the furnishings were gathered from "here and there"...and I suspect the aprons, dresses, etc. are modern-day creations. A personal connection for me is that when they were restoring the house they needed green roller blinds. They couldn't find them anywhere...untiiil, they contacted my cousin in Vancouver who owned the only window dressing shop in Canada that had the material they needed...so, from coast to coast! ;DDD

That's terrible, Faye. A desecration really. The first time I was there we were able to have a light supper in the "pantry" The next time they had moved that concession out of the house. One time a group of students from the university in Charlottetown had been doing a study of the house and the books. They had determined that the room labeled as "Anne's room" was not correct. I agreed with them because that had bothered me on previous visits. How she could have felt so isolated in the room right by the other two. The National Park service guide took us to the room that made more sense as it was away from the other bedrooms. I haven't been back since so don't know what was done. I had not read the books before my first visit to PEI but have been a big Lucy Maud Montgomery fan ever since.

That's so sad to hear, Faye! I've read all the books and have the PBS videos with Megan Fellows. I've always wanted to visit PEI.

We had hoped to drive all the way around PEI, Ardy, but there are just too many beautiful nooks and crannies to investigate. It took us two days to drive around the east end of the island, another two days to drive the central portion...and we ran out of time. We'll just HAVE to go back! LOL

I read all of the Anne books as an adult and enjoyed them. You would be very disappointed now with what the Federal Government has constructed at Green Gables...a huge, massive concrete building that hides the house from casual view. You now have to buy a ticket just to pass through the building to even see the outside of the house. And of course, there is the ubiquitous gift shop...with parking for multitudinous coaches. It is not appreciated by a lot of the Islanders. ❤️❤️❤️

Beautiful, Faye. Over several visits we covered most of PEI I think. Were you ever an Anne Of Green Gables fan? We always ended up there at some point. Lovely scene here. Thank you.