The most popular delivery order in every state, according to Yelp - Idaho's is Cheese Pizza 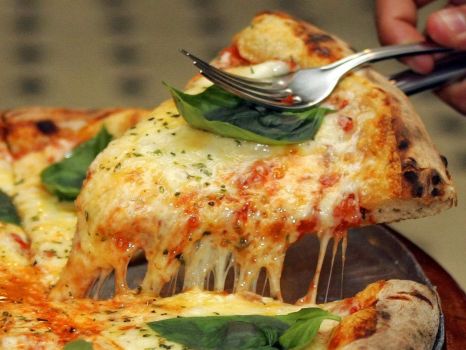 From an article by ERIN MCDOWELL, May 22, 2020 -- interestingly, from Business Insider Australia.

Yelp's data team put together a list of the most popular delivery orders unique to every state during the coronavirus pandemic.

In Vermont, burritos were a go-to order, while loaded burgers were the most popular delivery food in Oregon.

Other states ordered things like bubble tea more than other items.

Every state has its own tastes when it comes to delicious delivery food.

Here are the most popular delivery orders in every state, according to Yelp."

All road kill big animals around here are donated to the "Keepers of the Wild" animal sanctuary, which is about an hour or so from where I live. Big cats, wolves, etc. We do have a Burro Barbeque each year!

Speaking of which, the town of Simsbury, Connecticut where I used to live has an annual Road Kill Dinner to raise funds for the Police Widows and Orphans Fund. Real road killed deer from the town which the cops picked up, plus exotic meats and game donated by hunters, some local and some from distant hunting grounds. I used to contribute pheasant.

I have some creamed corn, but you'd faint if I told you how I made it. (Poor critter.)

I have some cans of corn.

I only have a common Unicorn.

Oh, there are "rare" unicorns? ☺ As opposed to what, common unicorns or regular unicorns? I mostly see white ones here in eastern Tennessee, but I suppose different regions might have different colors, eh?

Your steed must have been the rare Porphyry-colored Unicorn.

You have a unicorn?

Speaking of pizza, I invented the Meat Lovers pizza! It was 1975 at some minor convention of Wisconsin prosecuting attorneys in the middle of the state. In the evening a big bunch of us went to a pizza place that was part of a regional chain which must be defunct by now. We were all arguing about what kinds of pizza to order and I had an inspiration. I shut up and let everybody agree on whatever they wanted and then I stepped up and said to the young man, I want a large pizza with every kind of meat you have on it. He was stunned. He stared and stammered and fumbled his way through the order. And guess what - - - it was the most popular pizza the group had that night.

The rest, of course, is history. Or fantasy. That one store added it to their menu and passed it along to the big wigs at HQ, and it became so popular that Pizza Hut stole the idea and I rode off into the sunset on a unicorn!

You'd think so, Pat! I don't know how Yelp broke down their survey answers, but I found the answers surprising and sometimes wonderful.

I can't believe PIZZA isn't the #1 delivery food in ALL 50 STATES!

I've seen a few that Hoff posted that I would not touch!!!!

I can see Idaho going for cheese pizza. But I prefer to have some kind of meat on it too!

Looking tasty. Never met a pizza that I didn't like. :)