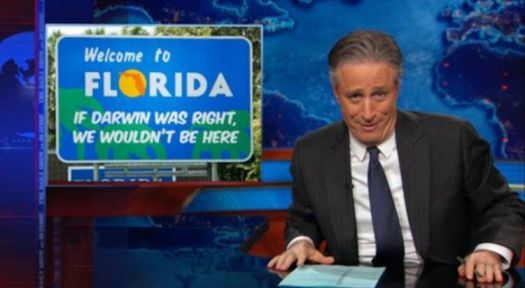 How about Darwin's older, simian like brother, Cro-Magnon? … does HE exist in Florida.

Is he suggesting that Florida Man is a freak of nature.

I once tried to leap into a tree, only to smash face first into a glass ceiling. I grabbed the nearest high heel shoe I could find (and after apologizing to the woman who had been wearing it), calmly broke the ceiling and climbed out.

Spanel had a hand in glass ceilings and high heels as well.....

Do you suppose he was also responsible for social distancing?

Mischka? Was this comment a statement of fact... or a question?
"Um, I'm Floridian, and I'm doing something right... "

Hoff... you have proven yourself to be a sloth with great intelligence. Florida Man is a descendant of one of the first known shape shifters, Abram Spanel, former owner of Playtex who single-handedly was able to shape shift women of all shapes and sizes. Shape shifting products attributed to Abram Spanel include the Playtex "Living Girdle" and the Playtex "Breath Defying Corset." Abram Spanel also helped produce the Playtex "I Cant Believe Its A Girdle", the Playtex "18 Hour Girdle" and the "Cross Your Heart" bra, with "lift and separate" technology. With "lift and separate" technology, men were no longer required to be constantly lifting and separating, which freed man's hands to do manly things... like spend more time in the bathroom and taking long showers.

On a personal note, I rather enjoyed the responsibility of lifting and separating and have cursed Abram Spanel on many occasions. I recently put the curse of "Morganna" (the Kissing Bandit ) on Abram Spanel and hope the remainder of his life is breastless.

I know that, I have friends there and I bought land there. I made some good money when I sold it, but wish I hadn't.

Honestly, we're not all crazy down here...

Thanks @redina1 - Florida Man is not 'a man' it's the name on a Twitter account that posts the shenanigans of numerous Florida men. Got it.

I'm speechless and clueless. The Florida Man you describe is not the one I have seen here, thankfully.

@nanab, they are entirely different people!

Jon Stewart is a comedian.

Florida Man in an insane person who conducts cannibalism and murder mysteries and, since he is not always the same person, probably also kills small dogs and is friends with Slender Man ... and you get the idea!

I had no idea what you were talking about, so I googled. He definitely shapeshifts. You don't see him on the travel brochures.
https://www.boredpanda.com/hilarious-florida-man-headings/?utm_source=google&utm_medium=organic&utm_campaign=organic

I am not so sure. Florida Man seems to shapeshift.

It is a mystery that one day nanab, will be revealed. If revealed in Fla, be certain some modest laws will be broken.

Aren't Jon Stewart and Florida Man two different people?
Jon Stewart is a comedienne and television host, Florida Man is a prankster that's always getting arrested. What am I missing? Are they one and the same?

Okay, this is probably going to be deleted.

I'll be happy to go back to food photography.

Hoff, "Florida is really only an issue when Florida Man makes an appearance."

That is a minor joke and I thank all of you for paying attention to it! Thanks!

Florida is really only an issue when Florida Man makes an appearance.

Good for you Mischka.