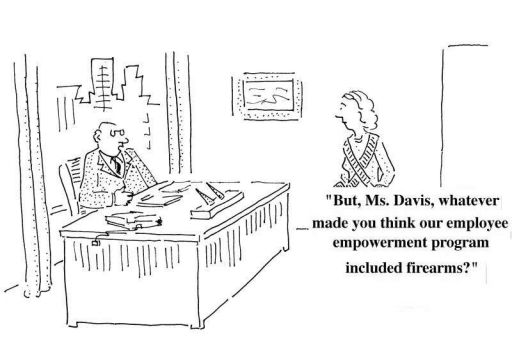 That is good, because bacon wrapped chocolate turkey legs stuffed with filet mignon is fantastic.

There is a town named Mars in western Pennsylvania.

No, sir. I have no beef with your chocolates.

I am simply trying to keep people buying local, especially now, during these difficult times.

It matters not how long it takes, just that the message gets heard.

So I suppose you are going to look askance also at my Milky Way bars?

That's OK, I can get some other Galaxy bars instead...

You know, of course, that your complaints won't reach her for 12 or so minutes, depending on where Mars is in relation to Earth.

I think you can see Bonnie, the global economy needs a kick start. You importation has been a drag on it for too long. The others clearly agree. Stop this practice now or we may well complain you to death.

So is the delivery charge out of this world.

The tariffs must be astronomical.

Bonnie, I think it would be better to buy local, rather than buying imports from Mars.

I make a cheats chocolate sauce by melting a mars bar and adding a dash of cream lovely on waffles and vanilla ice cream :))

hippo, you may well be onto something....

They think a waffle lot of that restaurant.

The world is for breakfast? Yum!!

Could I have a Napolitan slice and a side-helping of Bordeaux?

It is coming to the breakfast table, Hippo.

Whatever is this world coming to??

Waffles CAN be weapons, yet they may also be eaten during peacetime.

I thought I knew the answer (seems I was right), but could not translate Vergeltungswaffe (Waffe is weapon is all I know).

Nope. I didn't get it.
I don't speak German. My adulterous, lying ex claimed he spoke German, but I suspect he spoke it as well as he spoke Spanish.... horribly.

That’s what it was. Yes parsonwayne we all pray no more war

If he finishes his jobs, what will he do at work?

I have just finished painting one wall. Stopping for a bite to eat then I will continue.
Hubster can't help as he is going back to work on Monday, so is finishing up all his 'jobs' :)

Bonnie, you should do your cutting in an easy to clean area. I myself have a cutting shed with drainage in the floor, and a hose down motif for easy cleaning.

We all knew that it could not be Butterfly, as they had been grounded in Germany.
Butterfly is out.

I got it right. I pray that the day will come when there is no more war.

That`s right! (The answer, that is)

The V-2 (German: Vergeltungswaffe 2, "Retribution Weapon 2"), technical name Aggregat 4 (A4), was the world's first long-range guided ballistic missile. The missile, powered by a liquid-propellant rocket engine, was developed during the Second World War in Germany as a "vengeance weapon", assigned to attack Allied cities as retaliation for the Allied bombings against German cities. The V-2 rocket also became the first artificial object to travel into space by crossing the Kármán line with the vertical launch of MW 18014 on 20 June 1944.
Research into military use of long-range rockets began when the studies of graduate student Wernher von Braun attracted the attention of the German Army. A series of prototypes culminated in the A-4, which went to war as the V-2. Beginning in September 1944, over 3,000 V-2s were launched by the German Wehrmacht against Allied targets, first London and later Antwerp and Liège. According to a 2011 BBC documentary, the attacks from V-2s resulted in the deaths of an estimated 9,000 civilians and military personnel, and a further 12,000 forced labourers and concentration camp prisoners died as a result of their forced participation in the production of the weapons.
As Germany collapsed, teams from the Allied forces—the United States, the United Kingdom, and the Soviet Union—raced to capture key German manufacturing sites and technology. Wernher von Braun and over 100 key V-2 personnel surrendered to the Americans and many of the original V-2 team ended up working at the Redstone Arsenal. The US also captured enough V-2 hardware to build approximately 80 of the missiles. The Soviets gained possession of the V-2 manufacturing facilities after the war, re-established V-2 production, and moved it to the Soviet Union.

Just 'cutting in' today Ardy, which I loath doing. It takes so long, the Kitchen/family room is 30ft by 15ft :(

I believe I know this.

I DO have a special super secret relief enhancement mixture. And it does start with a V, but how did YOU, Bonnie, find out.

Must be leaks in security.

:::doing calculations on how many security people need to be killed each day while their replacements come in:::

Marriage is nature's way of keeping people from fighting with total strangers.

Busy painting the kitchen today, so won't be around much. See you later folks :))

A lot of people cry when they cut onions. The trick is not to form an emotional bond.