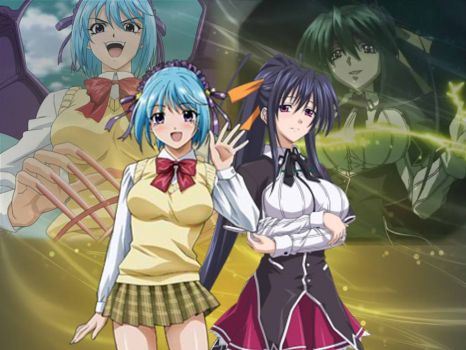 You are very welcome.

Got it. I can understand why she would not want this left up for all to see. Ghost and suemarie are also out of control people who seem to live on hate but Jane always tried to be reasonable. By the way, thanks for the e-mail and the message.

I would like to get her e-mail. Were boo and pink floyd banned as well? They are the biggest purveyors of hate on jigidi and shouldn't even be allowed on the site in my opinion. Dang, things always seem to happen when I take myself out of the loop for while.

JaneDoe asked me to tell you that she was banned permanently on jigidi for commenting on political puzzles. She was not the only one. She can solve puzzles but cannot comment now. If you would like to continue talking with her I will give you her e-mail address.

Finally got back on the Internet ~ spent the last few days with the grand kids in and around the Davis Mountains. Looks like things have calmed down a bit around here since I've been gone. Or, maybe everybody is just taking time out like I am. Hope you are well, Jane.

Sorry this took so long, but I'm on the internet pretty intermittently during the holidays. Grand kids demanding attention so often and preparing for the first great grand daughter ~ ah, family!

Anyway, by training I'm a classical archaeologist and can't seem to shake my life long interest. Currently I'm working my way through Virgil's Aeneid (again) in the original Latin and the Book of Matthew in the original Greek (using all variant texts I can find). Seems I've forgotten more Latin and Greek than I want to admit since I haven't used either in about a decade. I'm also trying to compare the Matthew in Greek and Aramaic but my Hebrew has never been very good. I just have problems with languages that don't have vowels such as Hebrew and Arabic.

Something I've forgotten but am now reminded of is how inaccurate almost all English translations of the New Testament are. It is amazing how many places the English is not what the Greek says. The translators had their own pre- and mis-conceptions of what they were going to find and altered the translation to fit their own ideas and to support their own ambitions in so many places.

All times are interesting if you look at them the right way. I retired in 2003 and spend my time with my books and gardening. That's interesting enough for my taste.

I envy you. You got to see so many interesting places.

Where overseas did you go? My dad was a hospital administrator at the American hospital in Dhairan, Saudi Arabia (working for ARAMCO) when I was born. My mother used to tell people that she laid the law down to him that I was either going to be born in the British hospital on Bahrain or else she was going home to Texas. For some unexplained reason they chose to relocate to one of the places in Texas where the landscape resembled Saudi. Until intensive irrigation changed the area in the late 70s/ early 80s, Big Spring had a division of city government that did nothing but sweep sand out of the city streets day and night. My parents did both have cousins around that area so...maybe that's why. Maybe it was an ARAMCO relocation ~ I don't really know.

All over. Part of my family was there during the years of the Republic (starting about 1838) in Montgomery County, out from what is now Conroe. Since then we have spread to every part of the state (kinda like a plague). I was born out in the middle of nowhere, Big Spring, my mother was born in Pecos, my dad at Alma (just outside of Ennis), I grew up in and around Dallas mostly (where my two brothers were born) and was there the past few days with cousins and my now ex-wife.

Took a few days off from the internet to do the family thing back home in Texas, but I appreciate the compliment. Thank you. I have never been real interested in condemning people for their views. Everybody is different and I have learned quite a lot from those I disagree with. I hope they have learned a lot from me as well. As stated, I'm pretty conservative but the best man at my wedding is a far left liberal as is one of my long time neighbors. We all get along well because we respect the fact that just because we have different views doesn't mean that any of us are particularly bad or disagreeable people.

Wisdom is realizing how much you do not know and not acting like you have all the answers. It includes honestly sifting through conflicting opinions and "facts" to find the truth and not particularly caring who comes up with the best answer/solution or even who comes up with a good idea that may lead to better things. You're just fine on that score. I, on the other hand, tend to be a cranky old conservative who fell into that ego trap many years ago and have to be careful not to be preachy.

Most of these bitter puzzle makers were hate-filled during the election and have been nothing but even more hate-filled after. They are still trying to win the election by destroying our government. It is just like the NFL player protests, I don't care what types of things or causes they support. That is between themselves and their own conscience. What bothers me is that they are not (apparently) spending their own money, giving of their own time or doing anything else to work toward solving the problems they see. All they are doing is offending a large segment of the population and publicizing themselves. I doubt they really care, rather I think they only care about other people thinking they care. That may be unfair but it is my view.

As far as the political puzzles ~ I usually glance at them and at the comments but if others seem to be expressing my thoughts pretty well I abstain from commenting. I also abstain from commenting when the comments are mostly like minded people slapping each other the back and giving each high fives about how wonderful they all are. Maybe I'm a coward but I don't relish jumping into a tank of piranas.

I appreciate that. I hope I didn't overstep my bounds, but in my 7 decades on this planet my head has softened quite a bit from banging it against a wall dealing with these people. I hate to see anyone else face that fate.