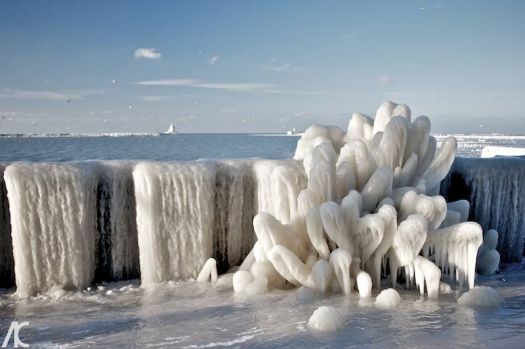 http://f30.bimmerpost.com/forums/showthread.php?t=467241
This seems to have been taken near Cleveland, Ohio.
It is not seawater, but lake water.
It is near the Coast Guard Station.

I wish I knew how this puzzle was shared around the world so much that the puzzle site became so widely used.

Still can't make the board at 1:51! But still enjoy solving this one.

At the present rate of solves that's about 6½ years from now.

@PzzlGrl
Scroll all the way down and click on Support. Give them your problem ….they should be able to help you.

Sorry Pzz, I just saw your comment. Unfortunately, I have no idea how to fix that problem. I hope it's started working again by now.

My best time, which I got long ago, is 1:04. I just had a solve where everything was kind of lined up and, without realizing that and without hurrying I got a time of 1:09. Wish I'd have been racing! Might have improved my all time best!

patsquire: I, too, like to rework some favorite puzzles. But for the last week or two I can't seem to re-open the puzzles. Please tell me how to do it so I can get back to work! ;)))

I'm glad you found it after all these years. Welcome. Many of us return and do it over and over. We're trying to get all the way to 2,000,000 solves!

Such a stunning ice sculpture!

@patsquire, it's like the numbers of Covid-19 cases. Some just never get all the way to the ledgers...
At least you reported it. So now we know to add a few percent to the official count.

There were some comments that included the count at the time, but they may all have been deleted by now.

I wonder if anybody knows how high the comment count got at its peak before we started deleting old comments.

That's a fine number, Ank. I am not aware that Joan chose any particular time of day to choose a number. I made note of one I knew was still on the 19th. (One year her count was on the 9th rather than the 19th). She says she can't edit the description any more since the puzzle was down and put back. I was thinking if she wrote to Magnus and gave him the numbers that he might be able to add to the list for her.

Check with TPTB, Joan. It would be neat to keep the chart updated. Maybe they could add the 2019 stats as well as the ones from yesterday on the list and change the 8 years to 9.

I can't seem to edit the text.
Thanks @ringleader for capturing the numbers

Regarding the comments, folks - it looks like Jigidi have come up with a solution. Which is to not display them all. At the bottom of the page is a "load more comments" button. With the oldest one visible without pressing that button dated March 2019. I like that solution. Thanks @Jigidi !! (❛ᴗ❛)

@robf I sincerely hope there is nothing to worry about with joan454. I've been "working" on this puzzle for quite a while and may have something of value to those of us who are concerned about her. Quite a while ago, there was concern written about in the comments section of this puzzle. It was suggested to those of us who write in the comments remove some of our comments. The volume of comments was, evidently, slowing down the speed of the whole puzzle. I know I went back and removed quite a few comments, as did several other solvers. It seemed, at least for a while, that the speed quickened considerably.
It may be time to go back again and remove unnecessary comments once again. Just a suggestion, but it may make things more pleasant for all of us.

Stopped by to add a few, and wish you a Happy Anniversary. :)

i have seen this puzzle a lot but i don;'t think i ever did it
don't know why
it has sure been around

Yay! It's finally letting me solve it again!! I have no idea why, but I'm not going to question it :-)))

Thanks @Kw3sta They have made some changes since I used it last then.

I have been using the non-Flash player for months and have solved it repeatedly. I did so 3 times just now.

@Bekkabee
If you are using the non-Flash jigsaw puzzle player you can solve only once. That's the main part I don't like about Jigidi's solution to Adobe not using Flash anymore.
If you are enabling the Adobe Flash Player you should be able to solve again.

@Bekkabee
I was just able to solve it again.
Perhaps there was a glitch in the system.
Try again.

Hi Bev, I have an Acer with windows 10, my eldest son bought it for me. Your family have good genes
Hope you and your brother get to be 100. LOL!!!

@bevpuzzler8
Bev sorry not to have responded before today have a new computer now.
I must admit I stop doing this puzzle due the negative comments that I received when I tried to ask people to remove their old comments to speed up the puzzle so that we all could enjoy.

Happy VETERANS Day to all my fellow vets!

@CJ45
Hi clive,
I went through this and found Snooker I don't know if this person is alive or perhaps picked up a different name. Then there is Spammenot Last seen July 20,2019, with many responses.
There will come a time when the folks in Copenhagen can erase many names I have found from years past with nothing to show why they are here. Ya know what I mean?
11-11-19

@irmachac . . . . . . I don't mean to pick on you and please don't take offense, but for instance I just found 9 of your comments in a row over a year ago. Some of our faithful such as yourself could help things along by deleting. Others, such as the very prolific marcelteun seem to have disappeared from Jigidi and we're stuck with their old comments. One more solve for me and then I'm off to run errands in the "real world."

Good idea Irene. I deleted a bunch of mine some time ago, but I'm going to go back down and delete some more!

I put up a half-dozen or so too.

This is the first time I've done this puzzle. It's an amazing, beautiful picture!

Just alerted to this puzzle. I'm not given to solving more than once, but I did boost it to
985
comments
1736498
solves

And do check out my puzzles. Each has a surprise bonus at the end.

I just came back to add some solves and I have found that we are slowing down, my friends.

I suppose it's only the natural state of affairs for a puzzle that has been up for more than 8½ years, since 2011, should start losing steam. I'm not giving up on it, but I have to admit I'm no longer the fanatic I once was. ☺ ☺ ☺

Yay for having more rain today. To think early spring and early summer we were crying because it would not stop raining. I hope you have dry calm weather soon Joan. Now for a few solves!☺

@tanhse37
It hasn't stopped raining for a whole week here.
Well, it stops for 8 or 10 hours, then it starts up again.
We are forecast for clear weather over the weekend. (fingers crossed!)

This wonderful scene would be quite melted if it was zapped by the weather tanhse37 and I had yesterday. We reached 100 degrees in our town. Our normal summer weather is mid to upper 80s. I will add a few solves to the count now.

Can't Believe I have never seen this awesome scene before!! Been hanging out here on JIGIDI forever … your puzzle is Simply BEAUTIFUL … with best wishes from FRANCE!!

You are most welcome, Beth.

And, thank you for thinking well of me :-)

It is always wonderful to give an encouraging word or a motivating thought :-)

Yes, Jigidi is a great place to spend some time.
I love solving jigsaw puzzles since I was young.

I have to sign off now, as I have to run an errand for my best friend. See you, later.

Thank you Jason. You are a kind person. Isn't jigidi wonderful? It allows people to relate to one another as simply friends who like to solve puzzles!! It is hard to find that kind of space in society these days :-) ☺♥☺

Beth, it is good to be optimistic.

Keep on trying. You may improve the timing of your last solve :-)

good afternoon Fay! and here I always thought you were 37 even though I knew better.

We need people like you around, you know! Hugs.

I have been doing several a day, but have not been posting.

RobF, There are over 100,000 members of jigidi, from what I understand.

I bet if we all worked at it, we could get it up to 2,000,000 solves. That would probably be the record solves for any jigidi puzzle.

@patsquire : such a pessimist (ha ha)

What you mean, it's not sea water? Anyone looking at the scene can sea the water even if it is in the lake.

A punderful idea. I don't smoke, so I will have to be the Pundit. I DO smoulder once in a while, though.

Smokey and the Pundits!

Mazy, we have more pun than the law allows.