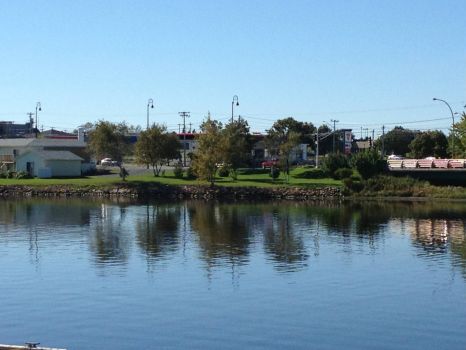 That's exactly what your research is telling you! Nice place to live, quiet and you can be serve in English everywhere you go. The economy is rising since a few year and is very welcome!
If you like seafood, this is the place!
Thanks for your comment Bev :)

Located on the Acadian Peninsula, the area has a number of sandy beaches. Val-Comeau, the most popular, is protected as a Provincial Park. The beaches can usually be enjoyed from June until September, when the water is a moderate temperature.
Signage is in French, as most inhabitants of the Acadian Peninsula are predominantly French speaking. The community became known as the hometown of Wilfred Le Bouthillier, winner of the 2003 Quebec reality show Star Académie. The success of the young singer, known simply as Wilfred, resulted in a significant rise in tourism to the region.