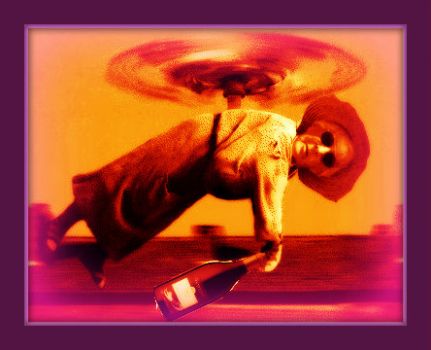 Created by lelabugosi Published 30 October 2012
Why this advertisement?

You might even be able to attach the leash to the propeller - that way Bradley would be running round in circles as well as moving forward.........loads of exercise that way!...

Oh yes, I would love one to use for walking Bradley!! Sometimes I get tired and he wants to keep going. Perfect solution Lela!!

Maybe he was a pigeon whisperer, or a budgie smuggler or something. Just only saying ...

Why don't you hire crows. They'e a whole lot smarter than pigeons.

Oh yes, didn't give it a thought - France is France even for pigeons - perhaps especially for pigeons! You may ask yours if they have any good stories to tell and then let SweetLOG do some of the job while they try to remember! Could take just a while!!

It is also possible that they had been to France on holiday and remembered the route the boat/train had travelled on......maybe they had wives/girlfriends/husbands/boyfriends over there also, as well.......

Plumpy.......It is in human nature to make mistakes....Even I myself have sometimes told some whoppers without even realising it....of course I have publicly acknowledged my error straight away, for I believe that truth comes before all else.........(sort of)......

of course but she thought the man would tell them where to go and they would obey, she just couldn't understand how they did it

June, it all depends on where their home is. As far as I know they only know how to fly home, so there are two possibilities: one, that they live in France somewhere or two, that they are going to be transported to France and fly back to him from there.

Par'm me while I wipe the egg off my face.

talking of pigeons, a friend of mine told me that his wife had been talking to the old man next door. He had a basket of pigeons and told her they were going to France. she was amazed, she couldn't understand how they were supposed to know where to go. Not a joke and she isn't blonde.

I don't feel well, the room's going round and round, put me down SweetLOG

This is too good to bee true - SLOG as a party ball under the ceiling!! Won't it be great SLOG? A really glorious life? Congrats with the daughter patsquire and have a nice day!!

WELL, BLOW ME DOWN WITH A FEATHER!......For once, I have to admit, PEE-LE-SQUIRT IS RIGHT!........
Passenger pigeons did become extinct (they all died also, as well), but homing pigeons are alive and well, as are carrier pigeons (which are, essentially homing pigeons).....ESPECIALLY IN BONGA-BONGA!.....
Plumpy, you are trying to spread confusion throughout our realm......I would suggest you Google all the pigeons you can think of....apart of course from the dead ones!...Hee-Hee!
I feel obliged, under the circumstances, to wish the Squirt's daughter a HAPPY BIRTHDAY................(and hope she finds her real father eventually)....

HAPPY HALLOWEEN, EVERYBODY. IT'S MY DAUGHTER'S BIRTHDAY, SO I'LL BE BACK TOMORROW.

Whoops again, once more, another time! Confusion reigns (it certainly rains all over me). Passenger pigeons became extinct with the passing of Martha on September 1, 1914 at the incredible age of 29. She was born in 1885 at the Cincinnati Zoo and died there as well, too, also.

But carrier pigeons are still around! They're homing pigeons. They were in use in the 1980s carrying medical samples between two hospitals in England. So if anyone says I don't know what I'm talking about, I'd be hard pressed to wrongify 'em.

Her name (the last carrier pigeon's) was Martha, if memory serves. Memory does not unfailingly serve. Oh, just go Google it yourself.

Furthermore, also, too, as well, it is phenomenally difficult for an extinct carrier pigeon to carry anything. Including tadpole wine.

Does no one recall that the last carrier pigeon died in a zoo many years ago? That sounds like extinction to me.

SweetLOG could borrow some sparklies from Frater Perturbado and be the life of the party ...with the proper reflective lighting that is

My wine just arrived! Thanks Granny. She tossed it through the door. Just wished she had waited until I opened it...the door that is.

I was just thinking the same gemstone, I can hear her singing 'Let's go round again ...'

Granny could even get a second job as a ceiling fan on those hot summer days/daze in Bonga Bonga!

Mr.Le-Squirt......I missed nothing - I just chose not to answer your surreal explanation of the ongoing goings-on which were going on........and I state once more, again that the carrier-pigeons couldn't carry on carrying because they were DRUNK and NOT DEAD.......
(Granny is being kept busy with her new toy!).....

P.S. Nice design on the Grannycopter thingy. First a chairycopter, then a housycopter, and now a Grannycopter, the latest thing in high-speed, no-traffic-jams personal transportation.

Apparently you missed my complete and comprehensive explanation of the true roots of the problem yesterday, so I'll repeat it here!

The B.U.D.S. delivery van travels a route that leads right past the Ancient And Venerable Bonga-Bonga Trap & Skeet Club! That is the problem, although the sterling genius executives of B.U.D.S. have never figured it out, and the club members won't tell them.

Carrier pigeons breed like rabbits, so there's no danger of extinction. And B.U.D.S. never runs out of birds so it's a win-win all 'round. The Ancient And Venerable gets plenty of free bird-shooting action. The bumbling execs of B.U.D.S. don't quite run the company into the ground, so they get to keep their overpaid jobs.

Sheesh! I have to explain everything twice nowadays?!

GOOD GOIN' to SLOGranny, though! Way to pitch in!

Due to the odd little problems here and there, caused by the drunk carrier-pigeons, sweetlittleoldgranny has been helping out with local deliveries......
She is seen whizzing through the Bonga-Bongan sky, aided by the 'Grannycopter' - a new invention of uncle Bluebottle, and this morning delivered 212 bottles of tadpole wine.........some of which didn't smash......(As an added bonus, of the 22 bottles that didn't smash, 4 were actually delivered to the correct addresses!).......