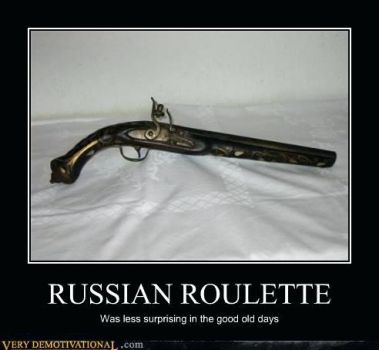 What is the highest number found on a standard roulette wheel?
Created by Stillmanic Published 24 April 2019

I'm not doing too well, today.

None of us will be joining gamblers anonymous then!!!

The roulette cylinder was introduced in a primitive form, in the 17th century, by Blaise Pascal, a French physicist, philosopher and inventor, in his quest to create for a perpetual motion machine. The game of roulette as we know it today started being played a century later, around 1760, in France.
For the untrained eye, there is no difference between the different types of roulette wheels, but at a closer look, the differences become self-evident. One of the first decisions that roulette players need to make is whether to spin a European or American roulette, as these are the two main types of roulette wheels. One big difference between them is that the American version has two zeroes on the cylinder, which leads to a bigger advantage for the casino. This should have a deterring effect on prospective players, but there are still plenty who choose this type of wheel, mainly because in some countries like the USA there are no alternatives, as the vast majority of casinos houses only double zero wheels. Interestingly the first roulette introduced in France had two zeros, but that changed when the German casinos wanted to compete and introduced the single zero roulette to attract more clients.
There are a total of 38 pockets on the American roulette wheel, ranging from 0 to 36, plus the additional 00 number. 18 of these pockets are red, the other 18 are black while the two slots featuring 0 and 00 are green. Speaking of these slots, they are placed at the opposite side of the cylinder, just like consecutive numbers while overall there are no adjacent numbers of the same colour. This is how the counterclockwise sequence of numbers looks like on the American roulette wheel: 0, 2, 14, 35, 23, 4, 16, 33, 21, 6, 18, 31, 19, 8, 12, 29, 25, 10, 27, 00, 1, 13, 36, 24, 3, 15, 34, 22, 5, 17, 32, 20, 7, 11, 30, 26, 9, 28.
The European or French roulette wheel has a single zero, which makes it a better choice for those who want to offset the effect of variance. House edge is significantly decreased and on the long run, players will be winning significantly more, or at least mitigate loses. The zero slot is still green and the other 36 numbers are split in half, with 18 being black and the rest red. This is how the clockwise sequence of numbers looks like on the European roulette wheel , 26, 3, 35, 12, 28, 7, 29, 18, 22, 9, 31, 14, 20, 1, 33, 16, 24, 5, 10, 23, 8, 30, 11, 36, 13, 27, 6, 34, 17, 25, 2, 21, 4, 19, 15, and 32.

US and EU have the same highest number, however they have a different amount of 'pockets' :))

No idea but I will take a guess and DAJ.

A second one where I have no idea. I don't gamble and have never been to a casino.

I made a guess and got it completely wrong!

LOL on the puzzle. Haven't a clue on the question.

I had presumed you had got out of bed early! Good night, sleep tight :)

Almost 5:00am here, and I'm going to hit the sack. Goodnight!

You're right, not safe way back when!

There's a modern day blonde joke about Russian roulette, but you have to understand how handguns work. It's "played" with a revolver so one chamber in the cylinder is loaded and the others are empty. The blonde has an argument with her lover, pulls out an automatic pistol (which only has one chamber) and points it at her head. The man yells, "NO! Don't do it!" and she replies, "Don't worry buster, you're next!" I'm afraid I have to admit my industry has a number of morbid jokes!

Wanna buy a French Army rifle? It's never been fired, and only dropped once (miming throwing it down and raising hands in surrender).

They go for quite a pretty penny when restored :)

Russian roulette would be safe with this pistol, though. It's busted. It's a handsome piece that's probably worth restoring.

I was in a casino last night and had a few spins on the roulette wheel...


Before the manager told me to get off :))