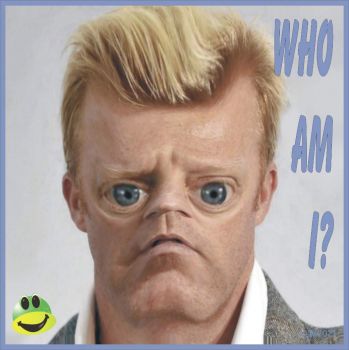 AS WE HAVE A WINNER THIS GAME IS NOW CLOSED. THE RESULT AND A NEW GAME HAVE BEEN POSTED. IF YOU CLICK ON MY NAME BELOW IT WILL TAKE YOU TO MY PROFILE PAGE WHERE YOU WILL FIND LINKS TO BOTH . . . :D)
Created by Trouble_and_Frog Published 31 January 2021

Image copyright: Trouble_and_Frog © SJM DESIGNS. Please do not edit, reproduce, pin or modify this puzzle in any way without my written permission. sjmdesigns@mill.me.co.uk

AS WE HAVE A WINNER THIS GAME IS NOW CLOSED. THE RESULT AND A NEW GAME HAVE BEEN POSTED. IF YOU CLICK ON MY NAME ABOVE IT WILL TAKE YOU TO MY PROFILE PAGE WHERE YOU WILL FIND LINKS TO BOTH . . . :D)

Early Congratulations to Francine, for her correct guess and to Mike for finding the image Froggy used!!! Way to go!!! :-)

Mike, good find! Fran, great guess! I think you probably have it too. :)

Pam/T&F: Thanks for the reddit tip! I'll now see if that is why I suspected some unwanted 'hacking' was happening on my system . . . no other reason seems to fit. ??

I think bookish may be right with the Boris Becker guess.

Never mind that last guess. It hasn't been quite a year since Max left us yet.

I feel like this will definitely be one of those "doh!" moments for me once we know who it is. :))
Max von Sydow

According to what I read Reddish is a rather malicious site urging people to use multiple and made up profiles and saying anything they want.

I also appreciate the information very much Pam and Sue. I've turned mine off also. And I've never heard of it either. Thank you.

Thanks, Hawkatiels. I'm in a tennis mode. We'll see.

Don't know who this is either, but thanks for the social media sharing tip. Didn't realize it was even there and I turned them all off. Hope that doesn't mess up my Jigidi abilities. What is reddit anyway? I know the others

Hi Froggy. Thanks, to Pam I turned off reddit on both of my profiles.

I put in a request to have the Reddit share turned off for all profiles as the default. I guess we'll see if that comes to pass. That was a good pickup.

And I still don't know who this is!

Thanks for that Reddit comment, Sue and Pam. I turned it off. Why do they automatically think we want to share with Reddit. All my other ones were off. At least they could have brought this to our attention and give us the chance to turn it of or leave it. Lots of comment on the puzzle that you posted.

Hi everyone . . . despite several of you going agreeing with Jeffro on it being Richard widmark I'm afraid it's not him. I can at least close the titter list as the 3rd name has now been mentioned . . . ;-)

Pam has drawn my attention to a puzzle which has sparked quite a debate. It would appear Jigidi has recently added "Reddit" to the social media sharing platform. The default setting on your profile is set to "ON" making it easy for your postings to be shared. If you don't want this I advise you to go to your profile page, scroll down and click on 'Social Media Sharing' to turn it off.
There is also some question about the security of 'private puzzles/messages' but I haven't been able to find any examples of that concerning my own name on a quick check but am looking into it further with more time.
Full details can be found here . . .
https://www.jigidi.com/jigsaw-puzzle/n70l144n/reddit/