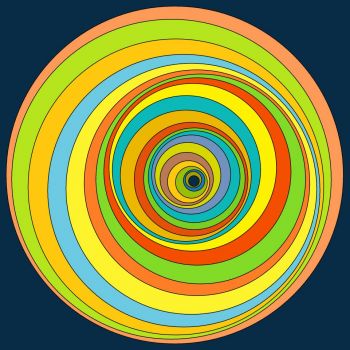 Created by pdevredis Published 24 October 2012
Why this advertisement?

True, but up north we get both--aren't we the lucky ones?! I really was surprised that the season was that long--and I thought it was devious of Mother Nature to pack a one-two punch up here...!

I never would have guessed that it went through until the end of November--wow... I guess it end just as blizzards come to replace it.....

I've checked and the official Atlantic hurricane season is June 1 - November 30, but like you said, mother nature often has other plans. With a storm named Sadie, that certainly means there were a lot of them this year. Now that you've mentioned 'ice storm', I do remember it.

Yes!!!!! LOL! Last year's storm was a freak ice storm that brought down so many trees, because many still had lots of leaves, so the ice clinging to them made them super top-heavy. I'm not sure if this is late in the year for a hurricane or not, actually, but Mother Nature makes her own schedule, I guess...!

Oops, I guess that should have been turns east!!!

I'm glad to hear you've found something that keeps your mind occupied. I had been thinking it was late in the year for hurricanes, but now you've mentioned a severe storm a year ago. I was planning on asking you about it tonight. I guess the best thing that could happen is the storm changes course and turns west.

I think I've been doing so many of them recently because I am so anxious and stressed about the next two weeks, and I lose myself so completely in them... Now we are supposed to get what they are calling a Frankenstorm starting Sunday, which is when my daughter flies in. They're predicting torrential rains and gale-force winds for several days in a row. It almost feels like a replay of a year ago, when we lost power for six days..... Oh, my, I think I feel the need for another monster..... :-(

It's been some time since I've worked a monster. Perhaps I need to indulge in one, one of these days - but not an 8-hour one :) I don't have the patience to work many of the monsters you solve.

Well, I just spent a bit over 3 hours doing an Aishahm monster, whatnauts, but I think there was a SusieVortex that might have had solve times to rival jekyll's--but I can't find it. The closest I can come is a tugman one called Stinky Poo where 6 hours made the board... What can I say--I find them fun! LOL!

Thanks so much, Robina! I have been trying to get away from the black, although I still think it makes the colors pop more than any other background... I'm glad that I can help you get a sort of Wendy-fix--I feel the same way when she doesn't post any! :-)

That was great! I liked the use of navy blue instead of black for the background. For some reason I find black borders and backgrounds very distracting so I can't focus on the colours, and I LOVE bright colours. This was lovely, if I can't do a Wendy puzzle one of yours is awesome too!Thanks :)

This puzzle was wonderful - thanks very much.

PD, I think you need to go on another vacation - 8 hours for a single puzzle??? All I can say is 'better you than me'!! LOL

I just had a look at the monster sand puzzle and 9th place is a time of just over 10 hours. I wonder if that's the first time that kind of time made the board. I realize it's actually 10th place since your time never appeared.

I'm glad you had fun with it, Kathy, but, right now, my value system--or maybe I should call it my evaluation system!--is skewed, since I spent more than 8 hours completing jekyll's sand puzzle! Yes, this was a toughie, but there are toughies and there are TOUGHIES! LOL! I'm sure I'll be more in agreement when I finally do this one myself! Thanks so much!