You'll never guess what it is!! 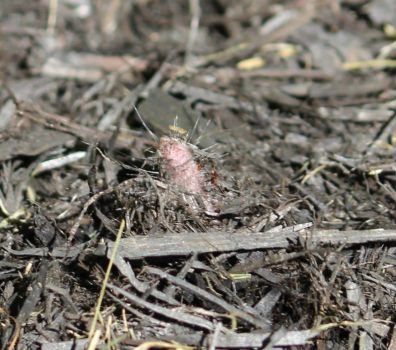 How sweet - I have never seen one. We have voles which Ziggy occasionally brings in and I manage to rescue and set free but not a shrew.

it's actually a Shrew! Rather these gritters that eat grubs and not our veggies!

Not a creepy crawlie! And not a Mole... getting close!

Looks like something starting to grow. But what? Hmmmm!

At first I didn't want to know but methinks it could be a mole? If it is, I'm ok with moles; if it is some sort of creepy crawlie, I'd rather remain ignorant!

YES! I have a picture of it out of the ground which I'll have to post tomorrow... I've reached my limit for the day.

Is this the critter you were trying to get a picture of?