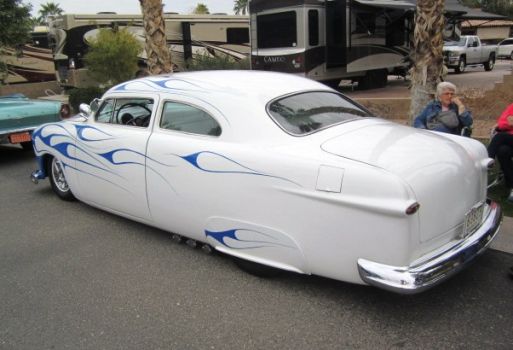 Thanks Dennis, Once I put lights on a cactus, I leave them there from now on.
Yes, it did snow here once upon a time, but an hour later it was all melted off and gone back to sunlight. Saved again.
This picture is looking more and more like a blue car covered with snow. ha ha.
Pat.

Hello Pat, a Merry Christmas to you... Not expecting any snow here in Yuma so will have to be sand colored Christmas... be careful decorating those cactus, they can be real pokey... Dennis

A very Merry Christmas to you too pumpkinhead, I hope for a great New Year also (and may you get all the snow you need for that white Christmas....It is tough to put lights on a cactus but you don't have to do it in north pole attire, except for the leather gloves of course...
Some of the old timers around Yuma say that it did snow in 1937, so you never know...

Must be tough putting the lights on the cactus!!! :)

Down here in Tucson, people still decorate with Chirstmas lights, even though there is no snow.
Although it is supposed to snow up on the Mountains this week,,,, we will be able to see it in the horizon. about 30 miles away and a mile higher. more like 45 or 50 miles by road.
Pat.

hahaha....we await it with smiles!

Yes, it snowed and was it ever cold, low low teens. Yes I do not like snow and cold but this year may be even a little later before I head to Yuma, so I am prepared for whatever falls... So what happens here will soon be there, so haha yourself....

Hahaha. I thought you may be getting some snow! It's a bit early for you to head to the southwest, isn't it? Ready the shovel and the winter garb! :)

Well, at least I haven't forgotten everything I grew up with (smile!).

Yes, nice '51 Ford two door sedan chopped top. with frenched in '50 tail lights. Clean, with whispy flames. He moved his license plate too. nice car. It's called a Shoebox because of the removal of the rear fender bumps. looked so fresh in 1949 when compared with the 1942-style pontoon fenders still being produced by most other manufacturers suddenly seemed very dated.
thanks Dennis.
Pat.

It has to be some kind of a Ford. I recognize the tail light.