This wasn't what Master Fox expected when he asked Mr Le Pew for his autograph. . . 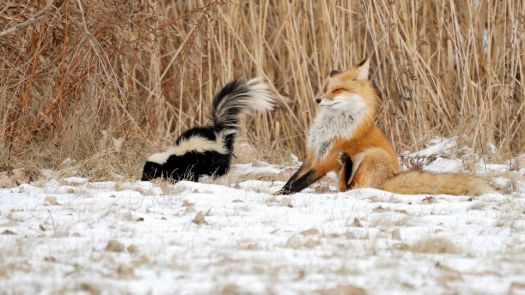 Created by Amazonia1805 Published 7 February 2015
Why this advertisement?

That fox never listened to his mama's warnings about leaving skunks alone. He will now.

Lol. Poor thing will think twice before trying to sneak up behind Pepé again! He sure did attempt to slam on the brakes - but me thinks too late was the cry! Bet he could've done with a bathe in tomato juice after this.
I almost entitled it "Spray it Sam..." ; )

Gee! That'll teach Master Fox to get too close to Mr Le Pew! Looks like he put his brakes on sharpish!

LOL, Master Fox looks totally offended and who could blame him. ☺