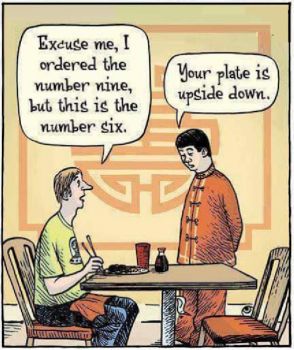 I thought that by sheer size, the odds were with China.
This is why I don't gamble with money.

I’m afraid I was wrong.

Yes, please, what's the story? Or was it TOO frightening?

You have me intrigued Fay.

I couldn't forget that one, we had a frightening experience there!!!

Chiang Mai, sometimes written as Chiengmai or Chiangmai, is the largest city in northern Thailand and the capital of Chiang Mai Province. It is 700 km (435 mi) north of Bangkok near most of the highest mountains in the country (because it is located near the Himalayas), including Doi Suthep and Doi Inthanon (which is the tallest mountain in Thailand).
Chiang Mai (meaning "New City" in Thai) was founded in 1296 as the new capital of Lan Na, succeeding the former capital, Chiang Rai. The city's strategic location on the Ping River (a major tributary of the Chao Phraya River) and its proximity to major trading routes contributed to its historic importance.
Although the city (thesaban nakhon, "city municipality") of Chiang Mai only officially covers most parts of the Mueang Chiang Mai District, with a population of 127,000, the city's sprawl extends into several neighbouring districts. The Chiang Mai metropolitan area has a population of nearly one million people, which is more than half of the total population of Chiang Mai Province.
The city is subdivided into four khwaeng (electoral wards): Nakhon Ping, Srivijaya, Mengrai, and Kawila. The first three are on the west bank of the Ping River, and Kawila is on the east bank. Nakhon Ping District includes the northern part of the city. Srivijaya, Mengrai, and Kawila consist of the western, southern, and eastern parts, respectively. The city centre—within the city walls—is mostly within Srivijaya ward.
Mangrai founded Chiang Mai in 1294 or 1296 on the site of an older city of the Lawa people called Wiang Nopburi. Gordon Young, in his 1962 book The Hill tribes of Northern Thailand, mentions how a Wa chieftain in British Burma told him that the Wa, a people who are closely related to the Lawa, once lived in the Chiang Mai valley in "sizeable cities".
Chiang Mai succeeded Chiang Rai as the capital of Lan Na. Pha Yu enlarged and fortified the city, and built Wat Phra Singh in honour of his father Kham Fu. The ruler was known as the chao. The city was surrounded by a moat and a defensive wall since nearby Taungoo Dynasty of the Bamar people was a constant threat, as were the armies of the Mongol Empire, which only decades earlier had conquered most of Yunnan, China, and in 1292 overran the bordering Dai kingdom of Chiang Hung.
With the decline of Lan Na, the city lost importance and was occupied by the Taungoo in 1556.[10] Chiang Mai formally became part of the Thonburi Kingdom in 1775 by an agreement with Chao Kavila, after the Thonburi king Taksin helped drive out the Taungoo Bamar. Subsequent Taungoo counterattack led to Chiang Mai's abandonment between 1776 and 1791. Lampang then served as the capital of what remained of Lan Na. Chiang Mai then slowly grew in cultural, trading, and economic importance to its current status as the unofficial capital of Northern Thailand, second in importance only to Bangkok.
The modern municipality dates to a sanitary district (sukhaphiban) that was created in 1915. It was upgraded to a city municipality (thesaban nakhon) on 29 March 1935. First covering just 17.5 km2 (7 sq mi), the city was enlarged to 40.2 km2 (16 sq mi) on 5 April 1983.
In May 2006 Chiang Mai was the site of the Chiang Mai Initiative, concluded between the Association of Southeast Asian Nations and the "ASEAN+3" countries, (China, Japan, and South Korea). Chiang Mai was one of three Thai cities contending for Thailand's bid to host the World Expo 2020. Ayutthaya was ultimately chosen by the Thai Parliament to register for the international competition.
In early December 2017, Chiang Mai was awarded the UNESCO title of Creative City. In 2015, Chiang Mai was on the tentative list for UNESCO World Heritage inscription. Chiang Mai was one of two tourist destinations in Thailand on TripAdvisor's 2014 list of "25 Best Destinations in the World", where it stands at number 24.

I do NOT know this, and will have to guess.

Oh, good, I was afraid you wouldn't know what I was talking about.

I have a guess about the answer.

But I am also alert to anagrams, and have noted that Chiang Mai = Chnia Magi; i.e., where the alleged 3 Magi came from, which was the Middle Ea.... Never mind.

LOL, Bonnie, that reminds me of the first season "Frasier" episode in which Daphne, of Manchester, Eng., has to pretend she's American, but the only word she can reliably say "in American" is "sure."

Knock, knock.
Who’s there?
Cher.
Cher who?
Cher would be nice if you opened the door!