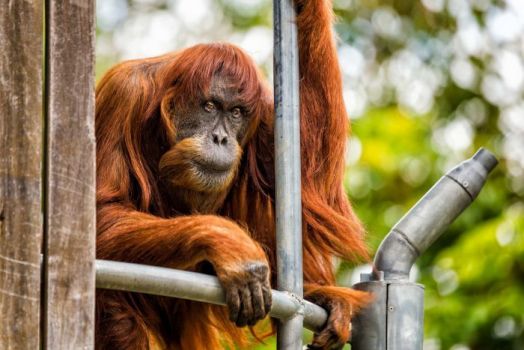 TFS, she's sweet hours in has a a female named Amber and a male about her same age and they're older and his name is Teak and then they joined a two-year-old was like a teenager in with them at our Louisville Zoological Gardens in Louisville Kentucky in the United States of America.

Thank you so much for this story and puzzle. She certainly has done her part surely.

What a Grand old lady. Visited her many times. 1962 was awarded a Guinness world record for being the oldest living Sumatran orang-utan in the world. She had 11 children and became a grandmother and a great grandmother. 54 descendants across the world in zoos.