Washington State is on Fire! 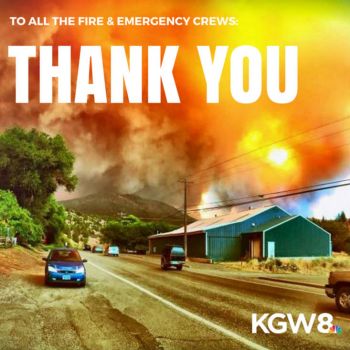 Thank you to all of the fire fighters who put their selves in harm's way to protect the rest of us!!
Created by samantha851 Published 22 August 2015

Yes, I was in BC when the smoke was coming North from Oregon. My flight to SK was held up in AB because of the heavy smoke from Oregon. I was praying for all the people fighting the fire and the ones who were in danger of losing their homes!

Yes, it's terrible, isn't it? So also are Oregon & British Columbia,Canada! We're in SW Oregon, & have fires all around us. The air in our valley is heavy with smoke, forcing folks with allergies & breathing problems (like me) to stay indoors as much as possible for the past several weeks so far. It is gloomy today, & the weather forecast says rain, but they keep saying that & we hardly get any. It's usually just high wind gusts, & lightening, which makes even more fires! Last summer wasn't bad at all, but this summer has been so hot, & so many fires. Thanks & Prayers to all fire fighters & helpers & their families, & to all whose homes & properties have been damaged or threatened by these terrible fires.

thoughts and prayers to all may god bless!!