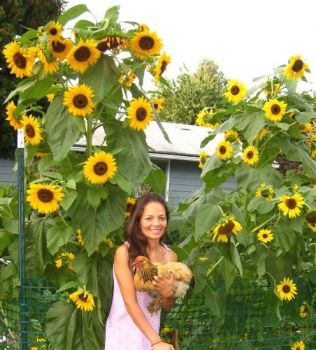 Created by Sweetums Published 6 November 2018
Why this advertisement?

Jigidi added it to their guidelines yesterday:

Yes, now they have also published to me, but I would like to know where it is publicly stated that there must be only one account to a user, get to every one an e-mail, or do they put new rules on Jigidi's pages?

Did you see the frozen seawater discussion bujal?

I tried on Ophi, saved but not published ...

I'm tempted to call this karma for their new single profile policy.
Maybe it's just a sign or foreshadowing of what is to come of Jigidi in the future.

I tried. It's not posting or giving me an error message.
I don't think Jigidi is too fond of me right now, so it may just be me, but it looks system wide.

That is strange, haven't you got a little something you can post quickly?

Tooth fairy dropped by last night.
Yes, hang on to your teeth. :)

It's odd that there have been no new puzzles added to Jigidi in over an hour.

Your wife is really very nice, thank you for sending me the link for this puzzle.
And of course also sunflowers.

I don't know who to believe in the Kavanaugh hearing. I do know they were both very well paid through GoFundMe accounts for their roles. Ford >$600,000, Kavanaugh almost $500,000. Brett will remember his hearing and shoot down any liberal legislation that comes before the court.

That is a good thing.
It's a shame that this wasn't solved when Trump selected the new Supreme court Judge Brett Kavanaugh.

All bills have to pass both the house & senate before Trump can sign them into law. The house & senate will have to compromise to get anything through both chambers. It's good that both sides have to work together to get anything done. Nothing extreme on either side will be passed. The house will start it's own investigations into Trump in January.

The Democrats have won congress but Republicans still hold the Senate, so is this good or bad?

If the house and/or senate flip to a democrat majority, Trump will be handcuffed. House and senate have to pass the budget and legislation for Trump to sign or Veto. Budgets will pass after bickering, no new legislation will get passed as each side blocks the other. With a majority democrats would investigate and try to impeach Trump.

It's two more than I have. ☺
Speaking of voting, I really no nothing about your politics, so forgive me, but I have to ask. What happens to Trump if the votes go for the democrats?

With my huge fan base I could run for office. :)
Yes, I voted. We'll see how it turns out tomorrow.
I'm not one to listen to the pundits speculate all night as the numbers come in.

Just curious if anyone or who was following me.
So I published a puzzle, and quickly unpublished it. This way the general public never sees it, and my followers get a notification. If anyone solves or comments, I know they are following me.

What is the Test?

Your wife is so pretty, but be careful she doesn't get lost in those Giant sunflowers.