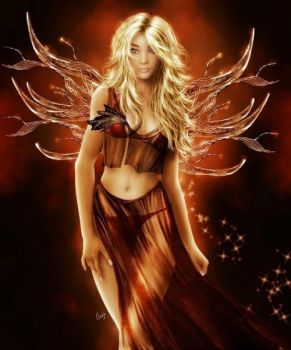 Created by Chevy_Girl_77 Published 12 May 2010
Why this advertisement?

At last I complete this puzzle, thanks :)

Holey Moley!
...so you know how to swear in multiple ways LOL!

Here's my language background...Danish, German/Dutch from my maternal grandmother, English, French (high school and uni...7 years), Latin (high school 5 years)...a bit of Swahili when I lived in Kenya for a year.... I can decode some Spanish and Italian via my latin background, but all in all, I'm fluent in English and Danish, but have lost a lot of the basics in the other languages from disuse, though I still read French and German decently.

If it's ok with you, then I'll tag you occasionally with intersting posts or our collaborations. That way you won't be overwhelmed by too many posts. It would be great, as you said, if there was a public 'chat' forum and perhaps it will come. This site has grown since its inception from what I gather. Or we could simply suggest the idea in their contact post.

Gees I'd like it if @Jigidi could provide a public chat 'forum' here where we can all come together without 'chewing up' so many comments on a puzzle :)

This group sounds like fun! Ordinarily I'd happily agree to the invitation, however I would be over-burdened with so many notifications, so, reluctantly, I will pass. Thank you for the kind invite, though XO

@Kyrin - Hey Christine...I automatically edit as I write as well. Ingrained....absolutely, and then I'll reread and reread several times, still editing when necessary. Perhaps since English is not my first language and I am naturally linguistic, I developed positive habits early on, and also, I'm a voracious reader. I have a journal with Thisthat I notate when I read...sometimes, just to refresh my vocab skills.

This is a by the way...has Ken ever mentioned our hive group? I inadvertently began this group shortly after I joined Jigidi and it has grown to about 25 members. We come from all over the world, though most of us are Canadian or American. However, we do have puzzlers from Denmark, Germany, Italy, Mexico/US, Brazil, Barbados, S Africa, S Australia, and NZ. Ken leads in the posting to the group, but several have now also started posting...all privately...great pictures, humour, fun and silly pics, and hugs. There is no obligation to comment or solve any of them, and yes, you will likely receive at least 20 notifications a day from different sources, but again, you can open all, comment on some or none, or pick and choose what you want. If it becomes too much, you can go on hiatus or leave the group...we have a couple on hiatus receiving the odd post, and we have had 4 leave for their own reasons.

Anyway, since you've commented on several of the posts, I wondered if this would interest you at all. We are all like-minded individuals with very similar tastes. We love to tease and have fun. So would you like to be part of this nutty group? If so, we also give the puzzlers town and country as part of our avatar list. :0} Birgit

LOL I heartily agree with you Birgit!
Aussie schools dropped the spelling and gramma over 20 years ago - we see dreadful results in today's social media, don't we?

Dee, I'm not an English teacher, but as I write professionally, correct writing comes to me (almost) naturally. It's ingrained in me to edit as I write/type, and am I sooo happy for the digital keyboard! No more long hand!

But Birgit is right, we shouldn't rely on auto-correct means when education is easily available. It's quite another thing for people who struggle with literacy and numeracy, and that's legitimate! But laziness? No.
...that's my rant on the subject anyhows ;-)

English is NOT a favourite subject for most kids today... many don't like to read and also, don't like to write because the system has so screwed up their language abilities. We should never have given up spelling and grammar units because they now rely on Microsofts terrible spell checker program, which is so often wrong. It's the worst piece of cyber crap there is and obviously wasn't written by anyone with an English degree!! So, Dee, you are not alone ... :0}

@Kyrin - Oh, I think we're kindred spirits at heart, too, Kyrin. I paid to have a poem published in an anthology by an organization called The Poetry Society and yes, I got my hard cover for $85...but then I learned that it was basically a scam...they would wait until they had enough suckers, charge a fee, and print a copy for each 'poet'. So I left that society pretty quickly. I have 6 novels already written, with storylines and basic ideas for a couple more. I love writing and can sit putting words to computer for hours.
Yes, it doesn't much for kids to be cruel and unfortunately, comments leave a lasting impression. My childhood best friend's mother once said to someone else within my hearing, "Oh, she'll never find a man with thighs like that!" The irony is that I was quite slender in my youth and adulthood. But it hurt! I told my 3 kids that I never wanted to hear them call anyone, even each other names, or else!

So where are you located?

@Kyrin - Once you've copied the email, then I'll delete that comment...so be quick, ducky! Heh heh

Did you want your email in a public comment though?

Wow Birgit, it never ceases to amaze me to learn such wonderful things about the lovely people in Jigidi! You are skilled, girl!
Yes, I have had a book published (although, by a very DISreputable 'shark'). That was in 2005 under a pseudonym. I generally don't say much of it as I don't want to give the fellow any publicity (in case he nets in another 'victim').

I have become excellent friends with a fellow writer and publisher, so I will give you my email shortly, and we can chat there about your ideas.
I have seen several of those collaboration puzzles - they're fantastic! I didn't realise it was YOU who wrote the poems! Holey Moley you have great works there :)

I'm presently working on a 5-book Fantasy series, (when not 'playing' with my digital art). It's been a very long journey, started in the Aussie winter of June 2006 - I'm presently in final edits of Book 1, "Fire Quest: Search for the Dragon's Stone", but am otherwise up to Book 3 in writing!

Actually... let me tag you in that puzzle-pic of it's cover :-D

Oh, and yes... that beauty thing and self-doubt business?? I fully understand it! I was bullied at school, by kids and by teachers, and I grew up believing I was ugly. Turns out, apparently I'm quite pretty! That's what people say, anyway... ;-)

@Kyrin - Oh, what a lovely thing to say...but I've always had this insecurity about my looks...let's just say teasing by children and an adult when I was a child and teenager did not help...which is so weird because I'm very strong in other character traits. Even when my daughter said to me, "Mom, you are so pretty...", I would look at her as if she was delusional, but I guess deep down, it was a nice thing to hear.

Does Ken send you our poem/image collaborations? I have a reason for asking, because if not, I'd like to do so...yes, I have a hidden agenda...lol.

I noticed in your profile that you said you were an author and writer, and actor...so wondering if you have been published and perhaps have some contacts. Besides being an art, English, and drama teacher (though as also accountant, I've taught almost all subjects), I am a writer...I've written 6 novels, several novellas, and probably about 200 poems. Yes, my dream is to be published and I've had some advice from friends and another Jigidi friend who has some inside info, but of course, it's not an easy field to break into any longer. Ken and I have collaborated on about 43 poems where he creates the image (except for 1) and I write the poem. We have produced these for our 'hive' gang and some he's published online here. We receive such positive comments and support...to the point, people would like to see these collaborations published. So I reach out to people who might be able to help or give some insight on how to proceed. Birgit

It's a real bummer that the youthful face fades, huh :(
I bet you were gorgeous-looking too ;-)