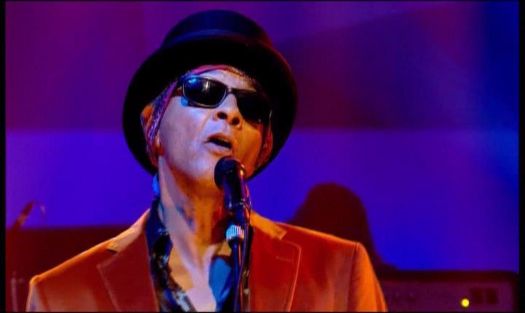 If I hadn't seen the title I wouldn't have known it was the same song.

Elvis Costello and Burt Bachsomething... a marriage made in heaven

I got putzed by a total stranger last week... do you know the name of Lee's putz lawyer? I may need some legal assistance

I didn't know "Little Red Book" was a Burt Bacharach song (and I didn't know how to spell Bacharach). Many surprises like Alice Cooper's rendition of "Raindrops Keep Falling On My Dead Baby" and Meatloaf's (I couldn't stand this guy) "This Guy's In Love With Stew" and Grateful Dead's "What the World Needs Now is Drugs (sweet drugs)

"Little Red Book" was a Burt Bacharach song, probably not envisioned like the Love version.

He was released when the court ruled his lawyer was a putz and another man confessed.

My internet is so slow today it won’t play YouTube. I saw a vid the other day of Love doing ‘She Comes In Colors’ that I really enjoyed. Thanks for the education:-)

The Little Red Book was not familiar to me at all, thanks TIM.

For all of you newcomers to the world of invisible musicians, perhaps this song will be the shock therapy you need to resurrect forgotten memories of the forgotten Arthur Lee.

A brief timeline...
In late 1996, Lee was sentenced to 12 years for the negligent discharge of a firearm.
On December 12, 2001, Lee was released from prison
In April 2006 it was publicly announced that Lee was being treated for acute myeloid leukemia
In August 2006 Lee died from complications of the leukemia in Memphis, Tennessee, at the age of 61

This video was recorded when Arthur Lee appeared on "Later with Jools Holland" in 2003 or 2004. Lee had not publicly announced his illness, but he may have been undergoing treatment (chemo, etc) which would explain the bandana (hiding his bald head). It's just conjecture on my part, I also thought that he may have been sick during this performance

I’ll come back to this, thanks mpp.

Dibs on Spam can finger cymbals.

TIM - thanks. I like this picture... I feel a kinship to artists who've been knocked around. Lee was already sick here, I think, didn't have much time left.

On the anniversary of you achieving complete invisibility, we will hold a memorial concert. Dibs on kazoo...

BB - My wife has spent many hours trying house break me, so I rarely leave anything behind... unless I have Spamcakes with syrup for breakfast

mpp - it's people like you that keep people like Arthur Lee from becoming invisible. I don't know anyone else who would have mentioned Arthur Lee's birthday. Perhaps you are a descendent of Ponce de León? (Well you are in Florida...) If you are searching for the Fountain of Youth... in a way your have found it. You have found a way to keep Arthur Lee alive in all of our minds. Maybe 10 years from now someone will rip open a bag of TIM and fertilize their petunias. I suppose there are worse ways to remember someone... like being recycled and made into toilet tissue.

I'm surprised you mentioned a propensity for morose leanings. I have struggled with the same feelings since I was in grade school and I believe those same feelings have guided me to invisibiltyness. But from what you have shown of yourself here in Jigidiland I can't imagine you ever becoming invisible... but be careful... we don't want to lose you

My apologies for being wit-less tonight... I never should have had that second helping of lima beans

Just looked up Arthur Lee. Good to know a new artist. I have been watching a documentary on ZZ Top. Highly recommended it was on Netflix.
Cheers Yolanda

That was quick -he didn't leave one! lol

You've introduced me to another star? I haven't heard/seen before. I'm still figuring out my reaction so I won't make a comment in haste, I will say I enjoyed the lyrics and the violin music.
Thanks mpp. Sorry you are feeling glum, anything I can do to help just let me know.
I'm off to take a peek at what TIM left behind.

John, John, John... how you rescue me from my morose leanings. I almost didn't post, but it's AL's birthday and he should be acknowledged no matter how glum I feel. I have seen such stupidity the last few days and tonight we bow to the golden calf of idiocy, DST. I think you, wisely, do not give in to such nonsense.

Anyhow, I enjoy some Love videos, but the link you sent is superb (for which I will be forever thankful to you) and it can often shake my melancholia.

Another sad life in music chronicles...

Enjoy your catalog, but don't linger... others may not have a tolerance for Spam... thanks for commenting.

Bless you my child. As soon as I saw the picture of Arthur, I knew this the work of the Master. I remember stumbling onto this work of art weeks, months, light years ago (I have no use for time) and sharing the video with you and it never gets old. But I am still not convinced you are a fan of Arthur Lee or if you are just enamored with his name. I would tell you my brother's middle name is Lee, but I am not sure if his wife would appreciate you dropping in unannounced. I've been listening to A Flock of Seagulls lately. They put out some good tunes, but of course I never listened back when the young girls were throwing their gum wrappers onto their stage. But that's me. Always about one generation behind everyone else. Well I'm going to go throw some wood into the stove and fix dinner and make sure there is a Sears catalog in the outhouse. Seems as if whenever I fix dinner, the outhouse becomes very popular. Thanks again for sharing Arthur... and I hope your leg has finally recovered. Have a great night...