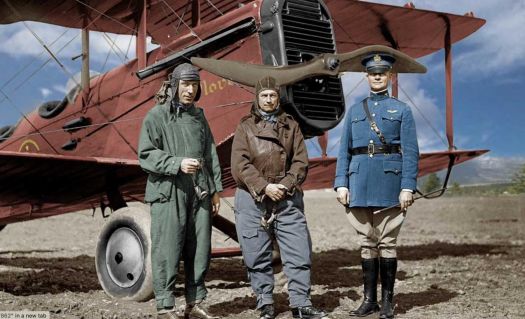 From "Shorpy Old Photos"
Created by okie44watt Published 1 December 2020
Why this advertisement?

No, I think it is a Airco DH-4, a British plane that was produced under license in the U.S.

On 27 July 1917, a single DH.4 was sent to the United States as a pattern aircraft. It was not until 1918 that the first American-built DH.4s came off the production line.[15] Several different manufacturers, including the Boeing Airplane Corporation, Dayton-Wright Airplane Company,