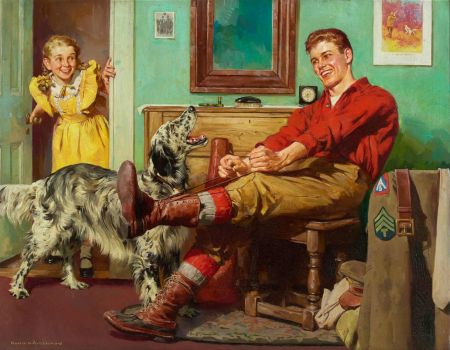 TW, I hadn't realized that you had a real French connection in your family. That makes it even more bittersweet than before. As an international travel consultant for years, I have booked many many people going to Normandy for the same reason as you. It is outstanding that you have done such extensive research which certainly maximized your connection to your father via the war. My Dad served during the war. He wasn't technically allowed to fly, being near-sighted, however, he confided somewhat late in his life that his friends secretly allowed him to fly with them. France and England were always two of my favorite places to visit and I lived in France for a year and worked as an "au pair" years ago. Thank you so much for all of your reminiscences. xoxo

We went to Normandy in 1978 for a 5 day tour sponsored by the US Army Rec. Center in Wiesbaden, Germany over the Memorial Day weekend. We were stationed in Germany at the time. What has stayed with me from that tour is Pointe du'Hoc where the Army rangers climbed the rock cliff to take out a large machine gun bunker; Ste Mere Eglise the village where a paratrooper's chute got caught on the church steeple; and most of all the American cemetery above Omaha Beach which is huge and gives ou a picture of the scale of the battle for Normandy. When you go to the far end and look down to the beach and the Channel everything is calm and peaceful and the lovely waterfront homes have been rebuilt. It's the most beautiful and most peaceful cemetery I've ever visited.

While we were on the bus to Caen I could feel a pull that was almost physical. I've figured since then that the feeling was because of my father and the fact that my mother's paternal line came from Normandy. In my genealogical studies I've come to a brick wall on my 3rd great grandfather in that line. All I can find about his origins is that he was born in Maryland in 1815. I'm pretty sure his family came to the USA from Normandy because in the census of 1840, '50, '60 all the neighbors had the same last name which indicates they were related and several of them in the earliest census I looked up and found that their parents or earlier ancestors came here from Normandy. What surprised me was that they originated in Norway and settled in Normandy about 300 years before they left France for these shores. I have noticed a pull like that in several places in England and in an Episcopal cemetery just out Berryville, Va. My grandmother came from Charlestown, WV, maybe 5 miles from that cemetery. A couple of people told me that they were psychic experiences, but I don't know about that.

We were stationed in Yorkshire at RAF Menwith Hill in the mid '60s. In June 1963 I had received an invitation from the Mayor of Norwich to attend a ceremony for the opening of a room and courtyard at the Norwich Library dedicated to the Americans who served in the 2nd Air Div. of the 8th USAAF, whose airfields were in Norfolk and Suffolk, which the Queen Mum cut the ribbon to open. Unfortunately the invite came only 2 weeks before the ceremony and I had no way to get the money I'd need to go on that short of a notice. We were married that Dec. and after we were shipped to England 14 months later one of the first things I did was write to the Mayor of Norwich and he invited us to come and visit the library. We went there about a month later and the Mayor had someone meet us at our hotel and take us to see the room and courtyard in the library and then take us to tea and tell us all the things to see in Norwich and gave us a map marked with all the places. We managed to see most of them. The library burned down in 1994 and a new building that includes a room dedicated to the Americans and includes things salvaged from the courtyard was opened in 2004 and I was there that time with The Friends of the 489th Assn, a group of locals who are preserving the 489th's history. I have given them many of the artifacts I had from my father's years of service for their museum.

Did your father serve there in WW2 or later after the war? All the people that I've had contact with who lost a father during WW2 have done pretty much the same as I've done.

I love the Norfolk & Suffolk area as much as I love Yorkshire. Menwith Hill was at the very edge of James Herriots vetinary practice. My screen name comes from his books.

TrickyWoo, You made my throat hurt with your story. Honestly, it is so poignant that you informed yourself about his past reality and were able to find people who knew him. My heart hurts for you. It is a shame that we can't write to ask the artist but could that be simply a civilian belt that he's yet to put on? My own father served in the Air Force, based in Wymondham, Norwich, England and my ex-husband and I visited there and stayed in a half-timber guest house where the Americans were hosted. It meant a lot to me and the proprietor sent me home with souvenirs ... a tea towel, etc. The walls were covered with photos. Have you traveled to Normandy? Only 26 ... what a shame. Thank you for sharing this with all of us. xoxox JM

I saved this one and held off doing it until tonight because it's a bittersweet experience for me. You see I never got to know my father, he didn't come home from WW2. He was a B24 navigator and he was killed over Normandy in July 1944 when I was 16 months old. I figure this picture is set in the fall of 1945 or in 1946. The young man in the picture was a Tech 5 in the 5th Army according to his shoulder patch so he had enough time in to make that rank which means he served maybe 3 yrs. or more. The 5th Army served in the Italian campaign. I'm curious about the belt hanging over his uniform since in the pictures I have of my father he wore a web belt with a brass clip buckle. My husband was a career soldier and he wore the same type of belt the whole 21 years he served; I was an Army wife for the last 16 of those years. The belt puzzles me because everything else is authentic. As you can see I've learned a lot about WW2 and I was fortunate to meet another 8th AF vet, he flew in B17's as a gunner, who did a computer search back before we all had computers and put me in touch with my father's Bomb Group, the 489th. Through that meeting I was able to attend several of their reunions before the men got too old to travel and got to meet men who served with my dad. There were others I didn't get to meet who remembered him and wrote me wonderful letters about him. He was Squadron Navigator for his squadron and a little older than the other navigators so he was also their mentor as well as a friend to them. He was 26 yrs old when he was killed.

There! You know exactly what I mean, having been on the receiving line of adoration! Lucky you!

:-) Exactly!
... Oh, what a beautiful memory!
I myself is the eldest sibling of only two, and I was once away on a long summer holiday, for 2½ months. I remember how my little sister swarmed around me for at couple of days, when I came home. Happy days! :-)

Your emojis show that you are joking with me! I'm sure that you noticed that his army uniform is draped over a chair. He's just come home and getting into his civilian gear. I remember feeling excited as a little girl when my big brother came home from college!