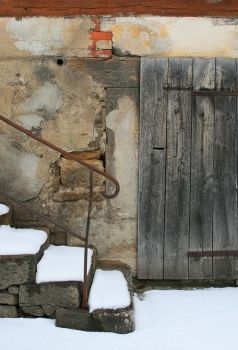 Nope, no red lantern after all.

I had to do the puzzle to look for the lantern red bricks though so sad, Jeri and buttercup it is too early for alcohol wait till Christmas day. LOL!!!!!

Excellent! Thank you, Jeri and littlebuttercup (I still see only bricks...)

I was just going to say red light fixture, but it was looking like a lantern so that's what I called it. Sorry for any confusion that resulted. ☺

Good for you, Lela - at least you'll be able to keep company with your Jigidi mates!

I can't either, Tina and sys, but I see some reddish bricks? Thanks for stopping by.

Am I blind? I don't see a red lantern!

I found a laptop!

Why is pacu hanging upside down? It's making me dizzy.
Lela, I thought you were in the middle of the ocean on a roulette wheel?

Ok I'll be like Dory in Finding Nemo and I'll check it out. Why not it's Christmas week and I should do one kind act for the year.⭐️

Agree! Go for it!

That big slab behind the railing looks like a hidey-hole!

Very gnarly and cool. I especially love the red lantern setting off the old gray door.