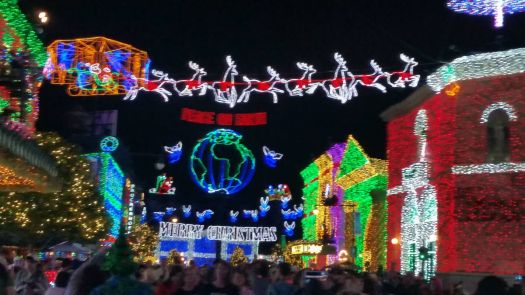 Created by joyfulnoise4 Published 21 December 2015
Why this advertisement?

I have it bookmarked too! Still haven't tried it!

I have lots of bookmarked ones too! Grins!

A challenge is good for her. That little extra stretch of learning! Grins!☺

Funny you say that because one of the songs was from the Nutcracker ballet. She said she thought she might like to play it. It's a familiar but very hard piece.... I'm sure it would be a nice challenge for her!

This picture is fine and dandy. I bet your daughter was inspired by all that music set to lights. Grins!☺

The lights change in beat with the Christmas music that's playing! It's quite incredible! I know I have a better picture that is clearer!

This is fantastic! Had to be incredible being among all those lights. Grins and smiles!☺♥☺

I must have always been old because I never liked any of the fast rides! Fortunately my hubby rides them all with the kids! The park takes pics of the kids while they are actually on the rides. My son's faces are priceless! We'll see...maybe I will post one!

yeah and i hate the coasters - but loved them in my youth xxxxx must be that ageing thing !!! - its catchy xx lol

I think I have a shot of this that isn't blurry! Didn't know how bad this was until after I posted! Hollywood Studios is one of my favorite parks too! It is my daughter's favorite cause she loves the Rockin Roller Coaster! YUCK!