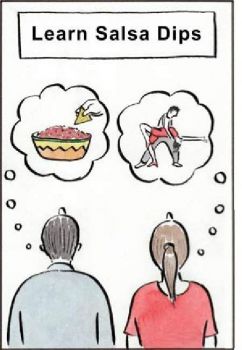 Which of these is the main ingredient of guacamole?
a) Cucumber
b) Avocado
c) Tomato
d) Onion
e) Celery
f) Mayonnaise
z) Clipped sloth claws
Created by Stillmanic Published 2 August 2021

Our spaghetti trees should be blooming soon.

I knew the answer was green slime. :::SHUDDER:::

Should be time to dig up the meatball crop soon.

Your government official needs some advice... like fields of avocados are best sheltered by tomato palms and spaghetti bushes...

I'm impressed that you mentioned William Dampier, Bonnie. I'm a MAJOR admirer of his, and have that particular book of his, as well as a few others. His accomplishments in life were so impressive, and so impactful on the world, that I'm amazed that he isn't seriously studied in schools.

I was listening to Public Radio a few days ago, and some government official was talking about agriculture in California, and mentioned ''fields of avacados''. I nearly died laughing.

Sour cream helps keep it from turning brown as quickly.

Guacamole (informally shortened to guac in the United States since the 1980s) is an avocado-based dip, spread, or salad first developed in Mexico. In addition to its use in modern Mexican cuisine, it has become part of international cuisine as a dip, condiment and salad ingredient.
The name comes from Classical Nahuatl āhuacamōlli [aːwakaˈmoːlːi], which literally translates to 'avocado sauce', from āhuacatl [aːˈwakat͡ɬ] 'avocado' + mōlli [ˈmoːlːi] 'sauce'. In Mexican Spanish, it is pronounced [wakaˈmole], in American English, it tends to be pronounced /ˌɡwɑːkəˈmoʊliː/, and in British English, /ˌɡwɑːkəˈmoʊleɪ/.
Avocados were first cultivated in South Central Mexico around 10,000 years ago. In the early 1900s, avocados frequently went by the name alligator pear. In the 1697 book, A New Voyage Round the World, the first known description of a guacamole recipe (though not known by that name) was by English privateer and naturalist William Dampier, who in his visit to Central America during one of his circumnavigations, noted a native preparation made of grinding together avocados, sugar, and lime juice.
Guacamole has increased avocado sales in the U.S., especially on Super Bowl Sunday and Cinco de Mayo. The rising consumption of guacamole is most likely due to the U.S. government lifting a ban on avocado imports in the 1990s and the growth of the U.S. Latino population.
Guacamole is traditionally made by mashing peeled, ripe avocados and sea salt with a molcajete y tejolote (mortar and pestle). Recipes often call for lime juice, cilantro, onions, and jalapeños. Some non-traditional recipes may call for sour cream, tomatoes, basil, or peas.
Due to the presence of polyphenol oxidase in the cells of avocado, exposure to oxygen in the air causes an enzymatic reaction and develops melanoidin pigment, turning the sauce brown. This result is generally considered unappetizing, and there are several methods (some anecdotal) that are used to counter this effect, such as storing the guacamole in an air-tight container or wrapping tightly in plastic to limit the surface area exposed to the air.
As the major ingredient of guacamole is raw avocado, the nutritional value of the dish derives from avocado vitamins, minerals and fats, providing dietary fibre, several B vitamins, vitamin K, vitamin E and potassium in significant content. Avocados are a source of saturated fat, monounsaturated fat and phytosterols, such as beta-sitosterol. They also contain carotenoids, such as beta-carotene, zeaxanthin and lutein.

I know this one but prefer the main ingredient plain with a bit of mayo and salt. Funny story. Thanks, Bonnie.

As a Californian, I know this one.
I like all that stuff, and I don’t put lemon in my guacamole. :-)

Lol. Know this one I think.

z) Clipped sloth claws? Glad I'm not a big fan of guacamole. I am sure that z) is really used as toothpicks.

Easy peasy but lemons not squeezy (I am saving them for the guacamole).

Oh, that`s not good, Bonnie :O(
I only like cellery fried or raw in a salad, don`t like it cooked, especialy with the peel on :Op

A woman sat down on a park bench, glanced around and decided to stretch out her legs on the seat and relax.
After a while a tramp came up to her and said, "Hello, Luv, how about us going for a walk together?"
"How dare you!" said the woman, "I'm not one of your cheap pickups!"
"Well, then," said the tramp, "what are you doing in my bed?"