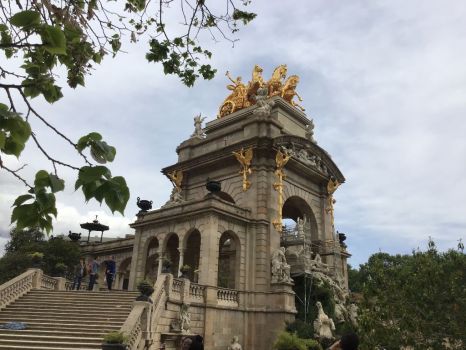 @Andrew2 WOW! Glad that you all got cleared. My son and son-in-law (flight attendants) isolated for two weeks (with full pay) early last month when exposed to the virus by a coworker.

Their company offered all employees the opportunity to take a month off at half pay in an effort to control costs while ridership is low. The guys crunched their budget numbers and determined that they could do it, so after having worked 2 weeks in May, are currently on time-off. (They will be coming here later this morning to give me a hand with some yard chores I want to get done before surgery.)

Dear lad, I fear only few World Leaders are leaders at all. I've promised (threatened) fellow jigidier JillianB that I'm sending my winged monkeys to New Zealand to steal her PM.

I'll announce it as an exchange for Emperor Donald the Dumb but the monkeys will be instructed that while en route to NZ to accidentally drop him 50 miles off the coast of Guam.

I'll keep fingers and other cross-able body parts crossed (and those that only twist, twisted) in hopes that you succeed in making your trip.

Hi Jerry, thanks for the update on your health. For the last two weeks Isobel, my daughter Audrey and I have been in isolation because Isobel had noticed a change in her sense of taste which is now given as a possible symptom of the virus. So we have stayed home and obeyed the rules. We are now free! As far as we know we are still heading to Madeira in July, but we haven’t started packing yet as the rules about flying can change overnight. We may also face a two week quarantine on our return which we’re not looking forward to. You folks in the States have more to worry about with the current racism stuff. I have no right to say so but I think you need a new President as much as we need a new Prime Minister here in the UK. Stay well, and stay safe my friend.

@Andrew2 Hello, my friend. Didn't want to perform an "organ recital" on the active puzzles this morning. Glad things are well with you.

The neurosurgeon had an opening in his schedule (which has only just resumed for non-emergency cases since the restrictions due to the pandemic) and I will undergo spinal surgery (in the neck) to address the pain in both arms. There is a fairly long recoup from it of about 3 months (I had it done 15 years ago on the disc below the one that has gotten pissed off this time and imagine the estimate of comeback is pretty accurate).

I was originally scheduled for late March and even was given the prep kit when the shutdown happened. In the meantime, two rounds of spinal injections of steroid in my lumbar spine by another specialist has largely reduced the pain in my left hip which has been a great relief once I am up and moving for a while.

I still walk/stroll twice or thrice daily, about 3/4 of a mile each time, an activity which the injectionist lauds. (And, frankly, it is great to get out of the house, and even encumbered with a mask and keeping my distance from others, it is a great break to be out and about.

How "shut down" are things in Scotland? Are you moving forward with plans for your trip? Have you pressed up the thong and hit the beach yet?