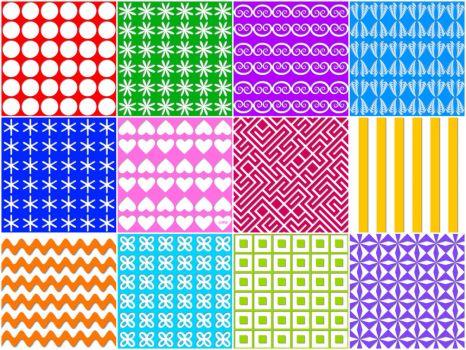 I made all the elements in this puzzle from scratch. I know it’s not my most complex puzzle ever, but a puzzle was posted earlier in the week that was very similar to the idea I had for this posting slot. Grrrrr. I HATE it when that happens! LOL! So I shelved that idea for now, and decided to make something else. It might be simple, but I think it will be fun to solve.

It gives me immense pleasure making puzzles, and I hope it gives you pleasure solving them. (•‿•)
Created by RandomWorship Published 25 July 2015

Image copyright: © RandomWorship. My permission is required to use, pin or re-post this image.

I'm not sure how she is right now, Jerri. I spoke to her a few months back, but that's the last contact I had too. And the things that attracted me to her too, were her helpfulness and humour. And I love her honesty and fearlessness too. Others may not have said anything to you - for fear of offending you, or there being an misunderstanding. But she just stepped on in, and handled it with tact and diplomacy! I miss her too. And you have a good day too! (❛ᴗ❛)

Do you know how Gail is doing. I still do her puzzles but I know she can't comment. Last I read she was going to have more tests done...That was about a month ago...I think. Anything from her?
Sure miss her. She was so helpful to me when I first started Jigidi...she saved my hinny a couple of times cause, as you know, I have a weird sense of humor and I made some comments to some people whom might have not understood and been offended. I appreciated it so much and I did apologize to the people.
Have a nice day...
Jerri

Aww. Your comment on this one made me remember how much I miss Jill and Gail being on Jigidi.......... (❛ᴗ❛)

Eeek. Why are those four knocks my only choice? I want a fifth choice. "None of the above". LOL (•‿•)

But if you want to get knocked up, it is much better than being knocked off.

'Tis better to get knocked off than up.

And knocked off you were. No worries ~ I'd never report you.

Thanks Jill! I really like the shadow effect too. It's a new-ish one for me! I'm glad you like it too. And I like that idea of precision paper cutting. It appeals to the perfectionist in me. LOL (•‿•)

And agreed about the rules! Not to mention there is only one authority who can make the rules. And in relation to the LTF rule, that would be sweet Willy! LOL (•‿•)

A lovely puzzle, Kirsten! It looks like precision paper cutting. Thanks :)

Gail, stop making up rules! There is one main rule on Jigidi: Let's Have Fun!!!!

Oh, Sandi! You poor thing. Methinks you should have called in for reinforcements to move the furniture around. I hope you can have a relaxing couple of days now. And enjoy your new carpet! (•‿•)

Thanks Gail! And is not being first on your own puzzle another one of those rules, that isn't in Jigidi's rulebook? All I have to say is - bite me, JigidiPolice!! LOL But I'm sure I won't be there for long anyway. I always get knocked off by the true speedsters. (•‿•)

By now you are sleeping. I am very late getting here, but I do have an excuse. We had new carpet installed yesterday in 4 rooms of the house. One of those rooms was my office, so I did not have my computer available. I have discovered that Larry and I are both too old to be moving this MASSIVE furniture from room to room. I thought I might have to call a tow truck to get me out of bed this morning. We still have lots to move back to its regular place. But, I want to thank you for this pretty puzzle. I like the purple square on the bottom right and also the pink with the pretty hearts. I think Ardy will share. Hope your dreams are wonderful.

What great fun, Kirsten. Thanks. But, ahem ... you're not supposed to be first on your own puzzle.

I have to confess Ardy, that when I have a heart pattern, I find it hard to resist to make it pink for you. And I thought you might like the one above the crimson maze too - because it's heart-ish. LOL I'm really glad you like this last-minute substitute. And hope you have a wonderful, and somewhat less full day than yesterday. ((HUGS))

Good evening, Kirsten. I'm three second too slow for the current board. I love the hearts on pink. I know those are mine, You are so sweet. Thank you. I also like the red maze next to them. I did have fin with this and will with the other sizes as well I'm sure. I wish you a very good night with the sweetest of dreams, ((HUGS))

I noticed you started here! And I'm used to seeing you starting over on the medium. Giddy up! See you there. LOL (•‿•)

Well I enjoyed my little canter through this one. Think I may just ( while my coffee is still hot! ) have a trot through a bigger one before the day's tasks call me away. Thanks Kirsten :-))

You're welcome, barsidelady! I'm very happy you loved it. And really appreciate that you let me know too! So thank YOU! (•‿•)