orbs #4 the morning after the cemetary visit 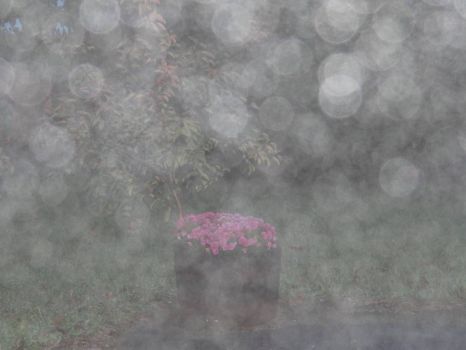 Created by deb5054NY Published 24 October 2012
Why this advertisement?

Deb, cool photo.
Hang in there, some day you'll see one when you're not looking for it.
I've seen at least 4 with the naked eye over the years. So cool.

yes morris, for sure! I get the feeling seeing all these orbs in my yard that they were honoring me or curious about me, for showing the respect they deserve in the cemetary, or maybe just grateful for being visited by someone who could understand.
have a good night!

That is good, deb. We can all use a little positive energy!

yes I think so too, I feel they were appreciating being acknowledged at the cemetary. I do think think they are a negative energy. I don't get that feeling

They seem to be friendly!

yes morris, shocked the heck out of me when I looked at it on the computer. It's like they followed me home! never saw so many in one photo before!

two, yes this was taken early morning, I was only trying to take photo of my Mums, and I almost deleted it because I thought it was just blurry, but when I looked at it on the computer I saw all the orbs and the mums are in focus. very amazing!

Was it early morning ? Something to do with the dew? (that sounds funny doesn't it)

no, loveydear, I've never seen one with the naked eye, I believe they only seem to show up in photos. I also believe this is a good thing to have them around, just a 'feeling' I get

Hi Two! thanks for stopping by, yes this was totally amazing, it's like they followed me around the corner! I've never seen anything like it!

These are amazing deb. Again, thanks.

welcome CM! I love it, going to do it now, probably won't make the board, but I'll let you know my time

WOW CM, that's gorgeous! I bookmarked it! that is sensational!

I was followed home! after a tour of the Roman Catholic Cemetary around the corner from me! I've never seen so many in my life!

Here's one I put on for you yesterday.

You are being invaded!