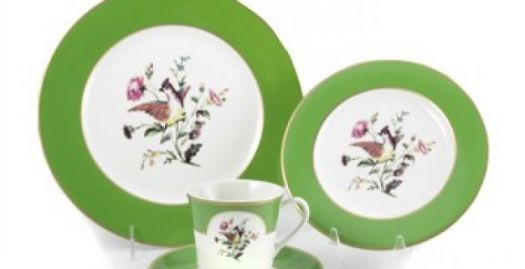 Created by roseheather Published 15 November 2012
Why this advertisement?

It is Millard Fillmore. And I agree, puzzaddled, I think this one could be reproduced, I think the way the design is drawn has similarities to Audubon, which does date it.

This is a very nice pattern and I suspect it is quite old just looking at the style in which the bird was painted. I would think that it would also be one that would be being reproduced since there is no indication that it is "presidential" per se. No guesses though I go more with melrin than jacques, lol.

Why did you guess Fillmore, melrin?