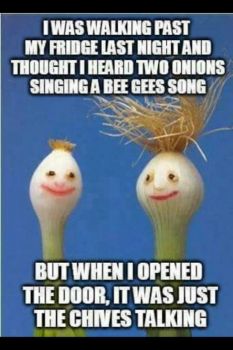 Which sport did James Gibb invent in 1890?

Pic above is a play on Gibb :)
Created by Stillmanic Published 23 August 2019

LOL msb, easier to carry than a metronome :))

The Chinese are very serious people. They have the same 'schools' for other sports like gymnastics, very cruel. All for a gold medal and kudos for the powers that be.

China has been the most successful nation in Olympic table tennis, winning 53 medals (28 gold, 17 silver, and 8 bronze). Since 1992, Chinese players have won at least one medal in every event. Pīngpāng qiú (Chinese: 乒乓球) is the official name for the sport of table tennis in China. Being a Communist country, training for placement on the Olympic team is a big deal and children with promise start at a very young age in a military style regimen. Something about the Chinese table tennis team always makes me sad for those kids...

Many, many people sing whist paddling a table tennis ball. It keeps them in tempo. Karaoke it is!

I was thinking tennis. Is that half a point? LOL Thanks, Bonnie.

No, I thought it might be bowling.
Played by the upper class as an after dinner parlor game, now it's played by kids, that call it beer pong.

Table tennis, also known as ping-pong, is a sport in which two or four players hit a lightweight ball back and forth across a table using small rackets. The game takes place on a hard table divided by a net. Except for the initial serve, the rules are generally as follows: players must allow a ball played toward them to bounce one time on their side of the table, and must return it so that it bounces on the opposite side at least once. A point is scored when a player fails to return the ball within the rules. Play is fast and demands quick reactions. Spinning the ball alters its trajectory and limits an opponent's options, giving the hitter a great advantage.
Table tennis is governed by the worldwide organization International Table Tennis Federation (ITTF), founded in 1926. ITTF currently includes 226 member associations.[3] The table tennis official rules are specified in the ITTF handbook. Table tennis has been an Olympic sport since 1988, with several event categories. From 1988 until 2004, these were men's singles, women's singles, men's doubles and women's doubles. Since 2008, a team event has been played instead of the doubles.
The sport originated in Victorian England, where it was played among the upper-class as an after-dinner parlour game. It has been suggested that makeshift versions of the game were developed by British military officers in India in around 1860s or 1870s, who brought it back with them. A row of books stood up along the centre of the table as a net, two more books served as rackets and were used to continuously hit a golf-ball.
The name "ping-pong" was in wide use before British manufacturer J. Jaques & Son Ltd trademarked it in 1901. The name "ping-pong" then came to describe the game played using the rather expensive Jaques's equipment, with other manufacturers calling it table tennis. A similar situation arose in the United States, where Jaques sold the rights to the "ping-pong" name to Parker Brothers. Parker Brothers then enforced its trademark for the term in the 1920s making the various associations change their names to "table tennis" instead of the more common, but trademarked, term.
The next major innovation was by James W. Gibb, a British enthusiast of table tennis, who discovered novelty celluloid balls on a trip to the US in 1901 and found them to be ideal for the game. This was followed by E.C. Goode who, in 1901, invented the modern version of the racket by fixing a sheet of pimpled, or stippled, rubber to the wooden blade. Table tennis was growing in popularity by 1901 to the extent that tournaments were being organized, books being written on the subject, and an unofficial world championship was held in 1902.
In 1921, the Table Tennis Association was founded, and in 1926 renamed the English Table Tennis Association. The International Table Tennis Federation (ITTF) followed in 1926. London hosted the first official World Championships in 1926. In 1933, the United States Table Tennis Association, now called USA Table Tennis, was formed.
In the 1930s, Edgar Snow commented in Red Star Over China that the Communist forces in the Chinese Civil War had a "passion for the English game of table tennis" which he found "bizarre". On the other hand, the popularity of the sport waned in 1930s Soviet Union, partly because of the promotion of team and military sports, and partly because of a theory that the game had adverse health effects.
In the 1950s, paddles that used a rubber sheet combined with an underlying sponge layer changed the game dramatically, introducing greater spin and speed. These were introduced to Britain by sports goods manufacturer S.W. Hancock Ltd. The use of speed glue increased the spin and speed even further, resulting in changes to the equipment to "slow the game down". Table tennis was introduced as an Olympic sport at the Olympics in 1988.

They had a hit with a song called 'Jive Talking' (from the film 'Saturday Night Fever).

maybe I'm too young to know anything about the Brothers Gibb (that's about all I know) but I do not get the joke.

Something comes to mind. I'll see if I'm right tomorrow. Thanks, Bonnie.

I have no idea but I will guess.

The Gibb family was well known for their singing. It is little known, that in its early stages, Karaoke was considered a sport. Today, it is just considered drunken fun.

Another Darwin award….
The violent unrest in the Middle East has created a new Darwin Award winner. Alon and two friends went to the Eli junction to enjoy throwing stones at passing cars. They scored on a passing truck, then Alon walked into the street, stones in hand, to attack a passing car. The driver tried to swerve away from the stones, lost control of his car, and overturned, killing the stone thrower and severely injuring the driver. Judea and Samaria District police determined that the accidental crash was caused by the stone-throwing.
"Those who live in glass houses shouldn't throw stones."