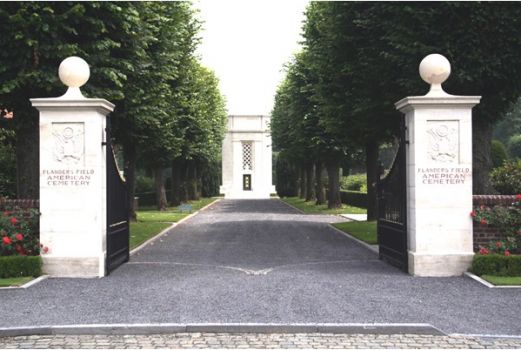 Created by bradjan Published 12 November 2012
Why this advertisement?

Aw you got to love those Europeans.

A most famous military cemetery. Thank you for the post, BJ.

Thanks, BJ. Had no idea there was such an impressive entrance.

we honor these people every year, thanks to them, we live in a free Europe!

you are quite welcome maw and pat

Awesome thanks for the information on the cemetery. Great set today.

@ bradjan thank you for this information I knew there were American cemeteries in Belgium but had no information on them again thank you.

Flanders Field American Cemetery and Memorial is a World War I cemetery on the southeast edge of the town of Waregem, Belgium. The memorial was designed by architect Paul Cret.[1] This is the only American World War I cemetery in Belgium and 411 American servicemen are buried or commemorated there. Many of them fell at Spitaals Bosschen, an action of the Ypres-Lys Campaign by the 91st Infantry Division in the closing days of World War I.
This cemetery is administered by the American Battle Monuments Commission (ABMC) and occupies a six acre (24,000 m²) site. As with all Allied war cemeteries, the land was provided in perpetuity by the Belgian government. The headstones are aligned in four symmetrical areas around the white stone chapel that stands in the center of the cemetery. The side walls of the chapel are inscribed with the names of 43 missing American servicemen who have no known graves. It is open daily from 09:00 to 17:00 except 25 December and 1 January. The ABMC also administers two American cemeteries in Belgium for World War II casualties: