New movie, comng soon to a theater near you. 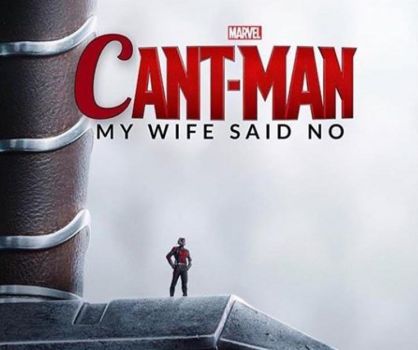 Not to fear TIM, I rarely eat serial.

Behind those innocent eyes lies the heart of a serial shedder. "JEEZ!!! I just vacuumed yesterday!!!"

:::looking up with the most innocent eyes ever seen by a human:::

You keep coming up with ways to get some 'help' from that nurse of yours Hoff. : )

I am a broken sloth.

I have two full cans

It was bound to happen eventually, you've been spraying WD40 on yourself for weeks.

:::as Hoff begins to think that through, something from hippo Expand-a-Brain kit short circuits and smoke begins to wisp from his ears:::

I do and am

You may well be right. If you lived here you'd be home by now....

Pretty sure it isn't, lol.

You're welcome Mishka. I understand liking it, and then leaving it, but could you live there and hear it day and night on those windy days?

Thank you, Juba and nanab! I think it's cool. Especially the higher, angelic-ghost notes.

In the 90s, when I was visiting friends in Monterrey, they took me to a rock formation on a beach which sounded like horns. I forget what the landmark is called.

I do not like when inanimate objects start singing. maybe best just to remove a few cables. That should stop the madness.

A common ploy used by engineers. They erect things that hum, grind and sing to distract the innocents while they eat tamales, drink beer and pass gas

I really feel badly for people close to it, that's gotta hurt after a while.

They knew it would make a noise. Maybe they underestimate the volume.

What were the engineers thinking?

That's over the top weird, it would drive me bonkers.
https://www.cnet.com/news/san-franciscos-famous-golden-gate-bridge-now-makes-creepy-music/

CNET.com had a bunch of videos.

Look it up. It was on the news today. They recently installed new railing on the bike way, and when the wind blows strongly like it has been for the last couple of days, you can hear it all over San Francisco.

msbonne here comes another ((((((HUG)))))) A 35 piece almost all white puzzle would have taken me forever. Thank you!
Now Juba, the queen of leaving me hanging... why is the Golden Gate Bridge singing?

Sinatra diculous to think so.

By the way....The Golden Gate Bridge is singing!

I started laughing so hard I'm having a coughing fit. :-D

No one will silence you while I'm around.

Mischka, once again you have inspired me (and now everyone else wants to silence you)...

Where's Frank Sinatra when you need him?!?

They were short on i’s this morning

Is the title spelled correctly? Asking for a friend.

Oops, there goes another rubber tree plant...
His wife won't mind if that's all he's up to.