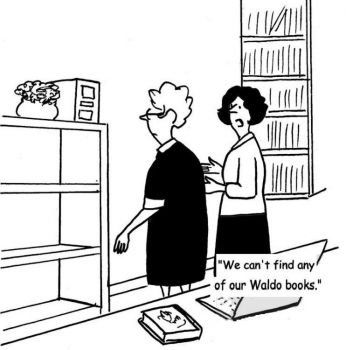 Oops. I guessed PD Eastman. That’s the other guy that taught me to read. And L. frank Baum.

And to Think That I Saw It on Mulberry Street is Theodor Seuss Geisel's first children's book published under the pen name Dr. Seuss. First published by Vanguard Press in 1937, the story follows a boy named Marco, who describes a parade of imaginary people and vehicles travelling along a road, Mulberry Street, in an elaborate fantasy story he dreams up to tell his father at the end of his walk. However, when he arrives home he decides instead to tell his father what he actually saw—a simple horse and wagon.
Geisel conceived the core of the book aboard a ship in 1936, returning from a European vacation with his wife. The rhythm of the ship's engines captivated him and inspired the book's signature lines:
And that is a story that no one can beat
And to think that I saw it on Mulberry Street.
At least 20 publishers rejected the book before Geisel ran into an old college classmate, who had just become juvenile editor at Vanguard Press. Vanguard agreed to publish the book, and it met with high praise from critics upon release, though sales were not as impressive. Later analyses of the book have focused on its connections to Geisel's childhood; the street of the title is probably named after a street in Geisel's hometown of Springfield, Massachusetts. Geisel returned to fictionalized versions of Springfield in later books, and Marco appeared again in 1947 in the Dr. Seuss book McElligot's Pool.
A boy named Marco, who is walking home from school, thinks of his father's advice:
"Marco, keep your eyelids up
And see what you can see."
However, the only thing Marco has seen on his walk is a horse pulling a wagon on Mulberry Street. To make his story more interesting, Marco imagines progressively more elaborate scenes based around the horse and wagon. He imagines the horse is first a zebra, then a reindeer, then an elephant, and finally an elephant helped by two giraffes. The wagon changes to a chariot, then a sled, then a cart holding a brass band.
Marco's realization that Mulberry Street intersects with Bliss Street leads him to imagine a group of police escorts. The scene becomes a parade, as he then imagines a grand stand filled with the mayor and aldermen; an airplane dropping confetti; and, in the final incarnation of the scene, a Chinese man, a magician pulling rabbits out of a hat, and a man with a ten-foot beard. Now almost home, he snaps back to reality and rushes up the front steps, eager to tell his father his imagined story. However, when his father questions him about what he saw on his way home, his face turns red and he says, "Nothing...but a plain horse and wagon on Mulberry Street."

In german it is "Wo ist Walter?"

Know this one. Thanks, Bonnie. Anybody know Where's Waldo?

Guessing... "Mulberry" is the word I am working with...

I think I remember this from so many years ago.

I didn’t read this, but I have a guess.

My childhood favorite is Horton hatches an Egg!!!

I went into a bookshop and asked for`A bigball of String’. The assistant said......we don’t sell string. I had to tell her it was one of Dr. Seuss’ books.

You had a nice older brother Fiona :))

I remember the first time I heard of this author; my older brother was reading "Mulberry Street" to me, teaching me to read.

“Whenever I wear something expensive it looks stolen.”