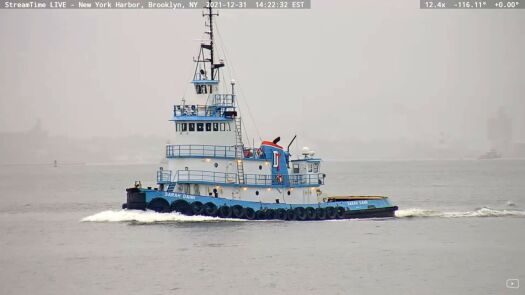 Built in 1983, by Main Iron Works Incorporated of Houma, Louisiana (hull #370) as the Stephanie Dann for the Dann Ocean Towing Company of Tampa, Florida.

In 1989, the tug was acquired by Zapata Gulf Marine Service Incorporated of Houston, Texas. Where she was renamed as the Gulf Sabre.

In 2002, she was acquired by the Dann Ocean Towing Company of Tampa, Florida. Where the tug was renamed as the Sarah Dann.

(www.tugboatinformation.com)
Created by wkendr6541 Published 3 days ago
Why this advertisement?