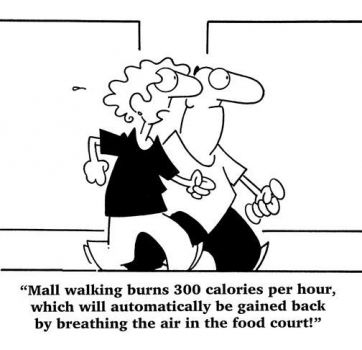 "You'll Never Walk Alone" is a show tune from which musical?
a) The Wizard of Oz
b) Singin' in the Rain
c) Fiddler on the Roof
d) West Side Story
e) Carousel
f) Gypsy
z) Swinging with Hoff
Created by Stillmanic Published 29 May 2020

Lucky guess on my part.

Bonnie, this was rather an easy one. As the manual clearly states,

When listing answers regarding songs from musicals, if the correct answer begins with a C, it MUST be placed in the C space.

Carousel is the second musical by the team of Richard Rodgers (music) and Oscar Hammerstein II (book and lyrics). The 1945 work was adapted from Ferenc Molnár's 1909 play Liliom, transplanting its Budapest setting to the Maine coastline. The story revolves around carousel barker Billy Bigelow, whose romance with millworker Julie Jordan comes at the price of both their jobs. He participates in a robbery to provide for Julie and their unborn child; after it goes tragically wrong, he is given a chance to make things right. A secondary plot line deals with millworker Carrie Pipperidge and her romance with ambitious fisherman Enoch Snow. The show includes the well-known songs "If I Loved You", "June Is Bustin' Out All Over" and "You'll Never Walk Alone". Richard Rodgers later wrote that Carousel was his favorite of all his musicals.
Following the spectacular success of the first Rodgers and Hammerstein musical, Oklahoma! (1943), the pair sought to collaborate on another piece, knowing that any resulting work would be compared with Oklahoma!, most likely unfavourably. They were initially reluctant to seek the rights to Liliom; Molnár had refused permission for the work to be adapted in the past, and the original ending was considered too depressing for the musical theatre. After acquiring the rights, the team created a work with lengthy sequences of music and made the ending more hopeful.
The musical required considerable modification during out-of-town tryouts, but once it opened on Broadway on April 19, 1945, it was an immediate hit with both critics and audiences. Carousel initially ran for 890 performances and duplicated its success in the West End in 1950. Though it has never achieved as much commercial success as Oklahoma!, the piece has been repeatedly revived, recorded several times and was filmed in 1956. A production by Nicholas Hytner enjoyed success in 1992 in London, in 1994 in New York and on tour. Another Broadway revival opened in 2018. In 1999, Time magazine named Carousel the best musical of the 20th century.

Gerry and the Pacemakers version

That ONLY happened three times PW. We had a 5 night run on off Broadway.

I've ruled out all but 2. I'll have to guess between them. I'm not all that up on show tunes.

It wasn't just because it was a long production, Bonnie. Hoff had drunk too much before it started.

I've seen three of these and don;t remember it from any of them. Thanks, Bonnie.

Well, yes, but they got their monies worth.

I loved performing in Swinging with Hoff. Today, still the only musical with 5 intermissions.

I know this one Thanks Bonnie

The answer is Z. I think Hoff went back to sleep.

A true friend gives his paw not his hand...