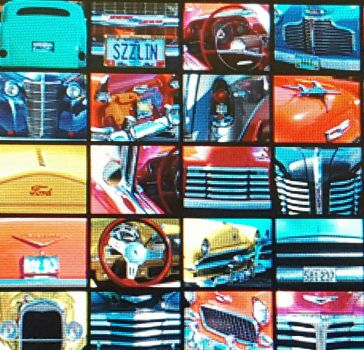 Have Stunnning year ahead !!!
Created by brightspark Published 14 January 2016
Why this advertisement?

Fly on your magic broomstick to get to me

Think you would have to

You should all come to sunny south Africa

Hi OandA! Dinner sounds yummy! Watch for my daughter... joys joy here on jigidi! She made an account today!

Hubby grilled out bratwurst this evening. Been watching college basketball today. Our favorite teams were playing. Brighty, maybe the bookclub girls are too busy to read. Maybe they are secretly doing jigsaw puzzles on jigidi using secret names. Vivre, everything has changed in 48 years. Some of our favorite places here in the U.S. look so different, they weren't worth going to. I watch house hunters on tv here and sometimes they are buying houses in Germany and other countries. I watch them and the ones in Germany look so cold. I want to go to a tropical island somewhere.

Sounds good! I will make them cheeseburgers!

Cooking hamburgers if you would like to join the party dear Brighty!

Well oldandancient ~ this planet is just too big for to visit any place twice ;-)
And after so many decades it's likely nicer to stick with the memories, instead of finding how much has changed since then. I wished my hometown would still look like it did 40 years ago, 'cos so much ambiente has been lost.

I got some reading done too oldandancient. Grins and smiles to everyone!☺♥☺

Hugs to you too! Hope to see you tomorrow!

I was not on today, Iris. Glad I caught you before you started snoozing off. I had a book due at the library and wanted to finish it today, which I did. Sleep well, my sweet friend. Hugs.

Just looking for you OandA! Glad to see you tonight! Enjoying puzzles and TV with Joy's joy!

A good evening to you oldandancient. Just wanted to say hello before signing off. Hope you had a nice day! Grins!☺

I'm not sure, but before my sister passed away said our ancestors came from Lorch on the Rhine River. It's south of Koblenz. We did not get a chance to go there. We mainly went to Munich and Austria and then into Switzerland and up to Frankfort area. We did get to see the Neuschwanstein and I fell in love with Heidelberg. This was back in 1968. I wanted to go back to Germany but never got the chance. I am now content to stay in the U.S. where there is so much I have yet to see.

Hihi oldandancient ... I can show you where 'Neuschwanstein castle' is ;-)
• http://www.jigidi.com/puzzle.php?id=5APJKF55 •

That's interesting to hear that you too have ancesters in Germany. In case I can help you with some local genealogy research just let me know.
Seems that you have mainly visited the southerly parts with the mountains and hilly countryside - and very strong german dialects. A good deal further up around Wiesbaden it's already rather flat (in comparison) and the inhabitants much easier to understand ~ lol
I live another similar deal further up, not too far from Cologne on the last northerly small hill - and here we speak german without any dialect.
~ liebe Grüße ~ •◡•*

I took 3 years of Deutsch in high school and a year in college back in the 60's. Can't remember much of it except, "Konnen Sie mir sagen, wo das Neuschwanstein ist?" When we went to Germany we had the most difficult time finding it way out in the Alps near Munich. I've got some doozy stories to tell about that trip. My cousin lives in Regensburg. He teaches linguistics at the University there. I have never met him but he has written books on linguistics and speaks 7 different languages. My great grandmother and grandfather came from Germany around Wiesbaden, I think. I would have to look it up. My daughter and I are doing genealogy and are kind of stuck at this point on that side of the family. So glad to meet you. I love your country, especially the Schwartzwald.

Dear oldandancient, I'm from Germany and still amidst it.

Funny thing is, that I came across a german forum some years ago called 'ask mummy'. On there they sometimes spoke about their 'Göga' - and I had no idea what that should be. After many occasions of humming this word in my mind like a mantra I finally got it that they meant 'Göttergatte'. Oh dear - an expression for husband too, and could be translated as 'GodsHusband' or maybe rather 'GodlyHusband'.

I will have him read these. Vivre, hubby is husband. Where are you from? Glad you stopped by and thank you for the birthday wishes. He will appreciate them.

Happy Birthday Mr. OandA!!! Wishing you a wonderful day and a blessed year ahead! Eat a piece of cake for me!

All the best to the Hubby of Oldandancient. May his year be full of good health and a home with lots of love and warmth. May Blessings surround him and a Happy Birthday full of Grins and smiles too! ☺♥☺

Oh dear, I'm sorry. The word 'hubby' still doesn't ring my bell even though I've already seen it on jigidi and grabbed its meaning.

Yes to many it's of disadvantage to have their 'sunny~day' too close to Christmas ... nice of you to take this extra care and make his day even more special :-)))

Vivre, it's my hubby's birthday. Mine is in May. Hubby's family never celebrated his birthday. They always gave him a gift at Christmas and said it was for his birthday, too. I always felt he lost out, so I bake a cake and have gifts and call him the Birthday Boy all day long.

The Happiest of days to you, Birthday Sir !

Wishing you a wonderful day & good year ahead ~ ♪♫❛

Thank You, Brighty. You are too sweet.