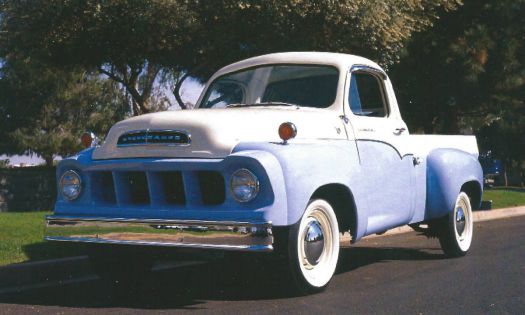 Created by mr_51_vic_ss Published 18 December 2015
Why this advertisement?

Yes, thank you = great photo that bring back memories!

Wow! Thanks for those links. The flickr photos are really nice!

Imagine investing millions of dollars in this kind of hobby. Enjoy these links.
My pictures are only the ones sold by the gift shop, that were taken in Arizona.

You're seeing it here and now taybaijor. At least to some extent. I sure do miss that place. It became a non-profit investment unintentionally. The board of directors saw it differently than the collector. It had other things too. like a drive in Movie, gas station, garage, race track, town, drug store, root beer stand, Dairy Queen, and Hamburger Drive In. etc... He wanted his grand children to see and experience how wonderful life was in '57. I was impressed, and I guess he was too. and he had the where with all to accomplish it.

Wow, that would have been a sight to see!

Well I believe '57 was a futuristic time for sure, with all the engineering redirected from the war to airplanes and other futuristic economy and building,
but these pictures are all from the now defunct "57 Heaven". It used to be in the Dick Clark Theater basement in Branson, MO. It is not there any more. All these vehicles sold at Auction. These vehicles were all restored in Phoenix, AZ, and then moved to Branson. I visited the museum in Branson a couple of times, and I watched the auction on TV live. Wayne Carini of "Chasing Classic Cars" TV show, bought the '57 Ford station wagon with very few miles on it in original unrestored museum condition.
I live in Tucson and knew about the personal collection stored in Phoenix, and was just waiting for him to open a museum.... little did I know that he contemplated Branson... A trip for me.

From all your puzzles I have to say that 1957 was a great year in the automotive industry!