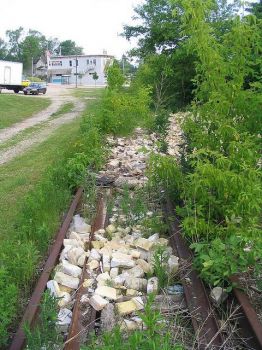 Created by texasstar7 Published 11 November 2012
Why this advertisement?

Doesn't matter, its the train to nowhere!

I think we have to wait very long for the next train.

Now there's a match made in heaven...Hawg heaven!

I saw the end of that game, tex. It was great. Time tu get a new banker I think!
Thanks for mentioning Dobbeil, I missed that I was real busy in July snd was not on jigidi much. They could be a match I will have tu catch up on those one day.

Okay, now it's a good day! The Cowboys won (Philadelphia Eagles) with a nice score and tomorrow I'm going to tell my banker he's sharp as a marble!!
Deelorris, maybe we could set you up with Dobbiel, Robbie's evil twin from last summer?

Thank you, Lyndee & CM! I'm sorry she missed it, she could have met Boxcar Willie! Maybe made a match.

Hee, hee! You're alter egos kick in when you least expect it, yes?

Must have been, tex. I forgot who I was there for a second.

Why thank you morris. That was very nice of you. And tex, not to worry. I can use these around the burn pit and save the pretty ones for in the garden.

Now Morris, is that the Torris coming out in you? Cantankarous! Chickie loves any kind of rocks! And if they aren't good enough, she can sell them with you...

Those haven't been used for a while! They almost look like trolly tracks. They look a bit small for a train. Interesting puzzle.
Those rocks are not pretty enough for chickiemama, BTW!

Well, at least there's the rocks! LOL! Are you a rock fan, too Chickie? Not a rock to be found where I live...miss the mountains and rocks...but I'll get over it! ;) Great puzzle, Sis!

Oh man! I hope I'm never on the train that goes over that tracks! See how fast I went to get to those rocks? Thanks tex!

But she found a treasure--look at those rocks!