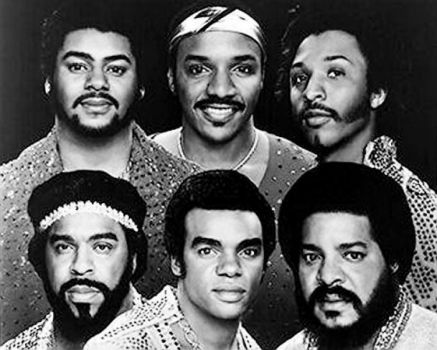 I'm standing in for ladyc, as she can't be with us this morning.
Created by squishy2 Published 21 August 2014

Wow! That's so interesting, Pat. When I was looking for an image to use, it just popped out at me from so many blurry photos. Glad you like it!

This picture is an interesting look back at the history of the photographic arts. It's what is called a composite, from way before the days of photoshop. I doubt if the finest master of computer graphics could created this effect through even the most sophisticated photoshop softwear. These are six individual shots hand cut with an Exacto knife. Then they are physically layered and pasted one over another. A photostat camera looks down on the result in a special tabletop booth flooded with pure white light. This technique eliminates all signs of the edges of the cutouts and renders the result in a single focal plane. It's quite a striking effect, isn't it? Nice to see some of the old work again.

Thank you RJ! Glad you enjoyed it!

Their music is fab, Neville. Give it a go!

Congratulations TTK. The Isley Brothers are not listed in my Oz Bible, and I don't know them, but they had eleven chart entries on Billboard, from June '62 to May '80. Their biggest hit was It's Your Thing (March '69) which peaked at No.2.

Well done, TTK! And thanks so much for the fun, Squish!

Thanks for joining me this morning - ladyc will be back tomorrow.

The Isley Brothers are an American musical group originally from Cincinnati, Ohio, originally a vocal trio consisting of brothers O'Kelly Isley, Jr., Rudolph Isley and Ronald Isley. The group has been cited as having enjoyed one of the "longest, most influential, and most diverse careers in the pantheon of popular music”. Alongside a fourth brother, Vernon, the group originally performed gospel music until Vernon's death a couple years after its original formation. After moving to the New York City area in the late 1950s, the group had modest chart successes during their early years, first coming to prominence in 1959 with their fourth single, "Shout", written by the three brothers. Initially a modest charted single, the song eventually sold over a million copies.

For the season, up here in the Northern Hemisphere!!

Morning TTK and you've got it!! Woo hoo!!

I'm completely out of ideas over this one, Squish. Come on Nev, what do you think?

Closer RJ, but not them. Some of them lived together when they were children.

How about Smokey Robinson and the Miracles?

But I will hazard one guess - Third World?

Hello, Jan. I don't know who they are.

I'm so glad the fez fits Neville. If you wash Barry's it might shrink to fit - like Levi's.

Good guess RJ, but sadly it's not EWandF...

Hi Neville! Is it Earth, Wind and Fire?

Good morning squishy, and all DYR fans too. This will take some fez-scratching, with the new one you bought for me. :-)))