Whew ~ she's returned to the living 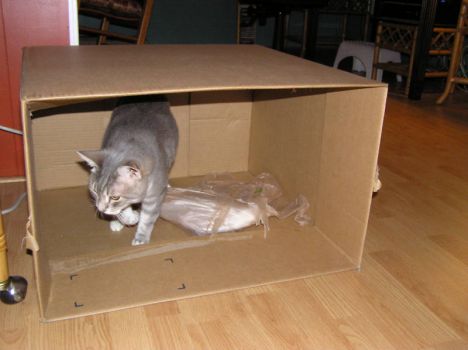 Image copyright: (c) Octomom/Gail 2015 [all rights reserved] ~ THIS IMAGE IS COPYRIGHT PROTECTED; NO PERMISSION IS GIVEN TO PIN OR REUSE THIS IMAGE IN ANY FORM

Mo, if it's that painful for her to get clipped, you might want to take her to a groomer or your vet. They both have pet clippers that can shave them down in a minute. I had that done several times with Keeper until I learned that the earlier I got to it the better it was for her and the less pain she experienced.

I will keep that in mind. She isn't licking it so much as scratching at it though because it is on her neck but it has continued to get better, almost gone, thank goodness. I've been working on Lili, man she is not liking this but little by little we are getting at that matting. As I get closer I to her tail, the worse it gets with her getting mad at me. I've tried using gloves but that doesn't work, it's too clumsy. Oh well, we'll get it done. Thanks for your advice, you are a wealth of knowledge when it comes to cats :-).

Mo, try some bitter apple. You can get it at Petsmart. You rub in some of it near, not on, the wound, and it's supposed to keep the cats from licking themselves. It has a nasty taste. I've never tried it, but I hear it works.

That is so heartwarming to hear your kitties are getting along so well, especially about Charlotte, I remember how traumatized she was before your move. That is what I am going to do with Lili, I've just get to do it even though she hisses and screams like I am trying to kill her. I was looking at Julia's sore yesterday and it looks like she has stopped scratching at it and it is healing so maybe I can save another vet bill. Lord knows I spent enough on Diana last year. Take care dear friend and stay cool down there in FL. LA is hot, hot, hot so I can imagine what it is like there.

Everyone has some issues going on, it seems. When Keeper was alive, I would have to take a pair of scissors and gently cut away her mats, as close to her skin as I could safely do. If Lili will sit for that, it's probably the best bet for her fur to grow back normally. It's so painful for them when they get matted. Regarding Julia, maybe you could give her steroid pills. I have a lot of triamcinolone left over, and I'd be happy to ship them to you. Your vet could tell you if that would be the kind of drug that would help her. As for Diana, that's such good news. I'm so happy to hear it, and I hope, like you do, that they got all the cancer. Yippee! My guys are good. Charlotte has really come into her own here, and once in a while I'll catch all three of them on my bed, with Charlotte being Schnellie's nemesis. Frankie is torn, because he loves them both. He should have been a love bunny instead of a cat. He's the sweetest cat I've ever been owned by. He gets nose to nose with Charlotte, and she finally lets him. Yippee!

Doing well, thanks. It's always something with these cats, whether minor or major, something is always going on. As for mine, Lili is long haired and trying to brush her is a huge ordeal, just for the shortest time so she is getting some matting which I don't know what to do about and Julia's allergies are acting up again and she is scratching at her neck so she need to go to the vet for a cortisone shot. Diana has fully recouped from her jaw surgery so the only question is if they got all of the cancer and there really isn't much that can be done if they didn't but she appears to be doing great so we are happy with that.

Well hello there, Mo. The only problem with Schnellie's eye was that first one was possessed, then the other. After a lengthy exorcism, she was fine and shows no lasting deficiencies from her dance with the devil. I'm doing all right, and hope you are as well.

Schnellie looks very healthy other than having a problem with her eye. Hope whatever it is hasn't spread to the other. Hope all is well with the others and with you too Gail. Hugs, Mo

Heidi, I can't explain it. It may be their innate curiosity, of which they have in abundance. They also love things that make noise. I have a bunch of supermarket plastic bags in the box, and Schnellie loves to scrunch them up and lay on top of them once she has gotten them in just exactly the right shape. A bit of catnip on the bags doesn't hurt... Here's a video for you that you might like (from Tampa):

Thanks for the story Gail, was solving this one last.
Have a fine weekend, ♫☀♥☺
(｡･ω･｡)

Can someone explain why cats are so obsessed by boxes? I know with children, their imaginations are released, but do cats have such vivid imaginations?

No I haven't, Bren, I'm just glad she's been released by the demon.

Have you seen it when one is is green and the other red? OOOooohhhh