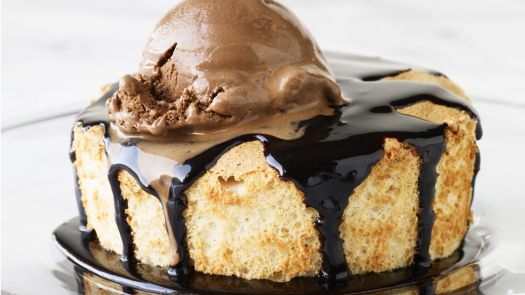 Created by th_counselor Published 28 June 2015
Why this advertisement?

LOL, we adore fish and shellfish, especially my select fried oysters. But my bff here in NC is just like you. she won't even come over when I'm fixing fish or seafood, and if she comes over a day after I always put on my scented wax melt and spray the house with air freshener. I come from a large family with many avid hunters, so I've cooked with bear, elk, wild boar and venison of course. We're mountain people so there was a lot of fishing done also. We all developed a pretty wide variety of tastes. The only caviar I will eat is lumpfish, which looks like very small, shiny peppercorns, but when you bite into it, it pops a salty, sea taste. However, any other type of fish egg is all bait to me.

My extended family and I used to play cards every weekend until we all had kids and now I have a granddaughter so yeah, what kind of cards do you play?

I have never been super careful with the yolks because I always end up beating them anyway for mayo or some other use, but I do know there have been a few unbroken ones. As far as a double yolker, I am not sure how they would fare to be eaten that way, directly I mean. I have only used them to make other things, not for eating, so that is something you will have to let me know about if you try it.

The Caviar Pie looks delicious, if I liked that kind of thing...lol...I absolutely cannot eat any fish with the exception of tuna, and any products therein. LOL...I rarely eat seafood either unless it is doused with something to mask most of the flavor so I only get a little bit of that flavor...such as new england clam chowder, crab rangoon....I think that is about it. I grew up on Lake Michigan and in certain months there is a particular fish that dies off called the Aidelwide or something like that and it stinks up the entire lakefront and if the breeze is coming off the lake the whole city. I get nauseous just thinking about that. So anything that smells fishy, I just can't do it. I have tried lobster as well, and I have tried shrimp in many forms but just can't do it. A friend made me a salmon burger once and I felt so bad but I couldn't even swallow the first bite. And I am constantly gawked at since I am in the state where Friday Fish Fry is a weekly stop for 99% of the population....lol! I grew up on meat and potatoes...occasionally a chicken....lol

We play cards on Mon. night, and this Mon. it was at our house. I showed this to our friends and now they want me to make it for next week. I'm already planning a red, white & blue angel food cheescake for next Mon. If I can find all the ingredients I need. Did you happen to see the Caviar Pie I posted as a puzzle several months ago? Got to get to the store, will check back later. Have a great day.

Terrific idea. When you thaw the yolk is it still intact (if not broken accidentally)? So if you wanted when you fry and egg you could make it a double-yolker by dropping a thawed yolk into it. Just wondering.

When I make something with a lot of egg whites, I have taken an ice cube tray and frozen one or two yolks in each slot depending on the size, and freeze them and them put them in a baggie for when I need just the yokes, such as mayonnaise or something like that. :)

Just copied and saved this in my recipe folder. We go to my daughter's for holidays and I always bring dessert and a couple of side dishes. My grand kids will love these, just have to bring some vanilla or chocolate ice cream for my 9-yr-old granddaughter. She won't eat espresso or coffee ice cream. But they'll love having their own cake.

I loved this puzzle and even happier now that I see the recipe. I've made lots of angel food cakes but always with white sugar. I am definitely going to try this very soon. Just need to think of something to do with all the egg yolks. I prefer very large puzzles also, in fact I only play in the 240-400 piece range and the Very Large (over 500).

If there is any particular puzzle you would like to do in a smaller size, let me know and I will see what I can do. I upload pictures to do puzzles I like, and I like big puzzles. :)

Preheat the oven to 350 degrees. In the bowl of a stand mixer fitted with a whisk attachment, beat egg whites and sugar on medium speed until foamy; add cream of tartar. Increase speed to high; beat egg whites until tripled in volume, stiff, and glossy. Transfer egg white mixture to a large bowl; fold in flour in three additions.

Transfer batter to a piping bag fitted with a 1/2-inch to 3/4-inch round tip and pipe into ungreased mini angel food cake pans with removable bottoms. Smooth tops with an offset spatula. Run a knife through batter to pop air pockets. Bake until cakes are golden in color and spring back when gently pressed, about 25 minutes.

Invert pans over the necks of glass bottles and allow cakes to cool, at least 1 hour. To remove cakes from pans, run a knife around sides and center tube of pans. Release cakes from sides and run a long knife along the bottom of the cakes, freeing them from the tube.

Also, maybe make them a bit smaller in size, too? I noticed that the smaller ones fair much better. I'm not telling you what to do but just as a solver, these higher pieced one are hard. It goes beyond challenging after 250. I do like your board.

Love this dessert. I was wondering if you could add the ingredients and directions to your puzzles. Bet more would be solved. It would make for an interesting concept that no one has done here. (as well as I am aware of). Just passing a thought from one food lover to another.