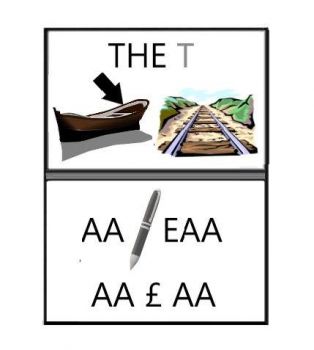 :::sobbing slightly, Hoff closes the door to this puzzle:::

:::knowing points go to Hoff's head and disturb his ineffable modesty, giving Hoff a pat on the back:::

I had back on the trail.

I did get the bottom puzzle right and I had the great stern tracks. lol Was close but just couldn't get over the finish line.

I can’t tell one end of the boat from another, but I got #2.

I remained clueless, even with clues, but this was a good set of puzzles.

@hippo :) thanks! I was feeling really good until I looked at the next puzzle. :))

We use quick release knots so ponies who get tangled up can easily be freed - the bowline unfortunately is hard to untie under stress...

You are using proper names then. I got both in that case. :)

Got both.
Also had "The Great Bowline" for #1 in case I coudn't tell one end of a boat from the other.
I assumed that as a royal pony, you would have an extensive knowledge of knots.

Got them (right answers this time).

@Fowly that is just a remarkable coincidence!

Hints for @Mischka the smoocher:

That is a grey T in the top one. Read it out...
What is inside the four As in each line of the second?

lol Hoff. That is how it goes for me.

I have answers, but they are wrong.

I thought it was just on my screen. lol
I think I have the bottom, but will have to work at the top for a while.

:::quickly wiping away the dandruff:::

@hippo, should we pay attention to the grey dot under the first A?

PS. Garner was called The Scrounger. My mistake.

I do have an answer for the top line of the lower puzzle but guess thats not IT.

Oh you are such a smoocher* Mischka. I would also like the answers to your questions, we are flying blind here. (*That is a NICE word in my vocabulary, Mischka)

Hippo, you are the prettiest, handsomest, and hottest pony of the Year! (Does that entitle me to any hints? Such as: are they themed; are they titles, multiple word phrases, that kind of thing?) Here, have a carrot!

I've got the second. But despite Ms Maddy's opinion :), I'm not finding the first easy. I may have an answer if this type of answer is allowed. :)

No internet for Hoff again today, 5/28/21.
I think the compound has some electrical issues or the bookkeeper is an embezzler.

You will get there @Mischka !

I enjoy your puzzles

At first glance, I'm lost. I'll come back and look at it again a little later.

I have the 2nd. Very clever.

Is the second one pig latin?