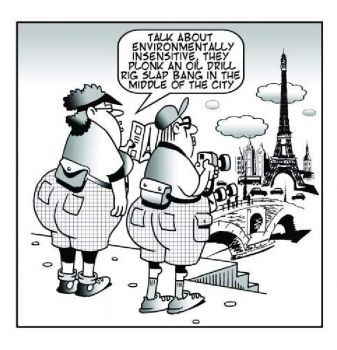 Which of these was the state that the first oil well was drilled in the USA?
a) Texas
b) North Dakota
c) New Mexico
d) Pennsylvania
e) Oklahoma
f) Colorado
z) The Compound
Created by Stillmanic Published 3 August 2021

Drat. I had guessed Oklahoma.


Bonnie.... Ms_Maddy was referring to the Republic of Texas.

Got it. Thanks, Bonnie.

The Drake Well is a 69.5-foot-deep (21.2 m) oil well in Cherrytree Township, Venango County in the U.S. state of Pennsylvania, the success of which sparked the first oil boom in the United States. The well is the centrepiece of the Drake Well Museum located 3 miles (5 km) south of Titusville.
Drilled by Edwin Drake in 1859, along the banks of Oil Creek, it is the first commercial oil well in the United States. Drake Well was listed on National Register of Historic Places and designated a National Historic Landmark in 1966. It was designated a Historic Mechanical Engineering Landmark in 1979. The well was designated a National Historic Chemical Landmark in 2009, on the sesquicentennial of the strike.
The Drake Well is often referred to as the first commercial oil well, although that title is also claimed for wells in Azerbaijan, Ontario, West Virginia, Yenangyaung Myanmar, Persia, Arabia, Szechuan China and Poland, among others.
In the United States before the Drake Well, oil-producing wells were wells that were drilled for salt brine, and produced oil and gas only as accidental byproducts. An intended drinking water well at Oil Springs, Ontario found oil in 1858, a year before the Drake Well, but it had not been drilled for oil. Historians have noted that the importance of the Drake Well was not in being the first well to produce oil, but in attracting the first great wave of investment in oil drilling, refining, and marketing:
The importance of the Drake Well was in the fact that it caused prompt additional drilling, thus establishing a supply of petroleum in sufficient quantity to support business enterprises of magnitude.

One of those states was once a republic. So, call me confused 🤷‍♀️

Laughed out loud on this one! What were those French men thinking :-)))

Very tough quiz question. I will have to guess.

The cartoon is a scream! And so many American tourists are ignorant about what they're looking at.... whether it's in the USA or abroad. It's so sad.

z) The Compound
During Sir Hoff's 'Wildcat days' of digging for oil on the sandy beach near the sea. After he found it, he capped it and has held onto the oil rights. No one will see a drop of oil out upon his seas.

I did have oil production back in 847 AD. It was for personal use only, so does not really count.

The energiser bunny was arrested on a charge of battery.